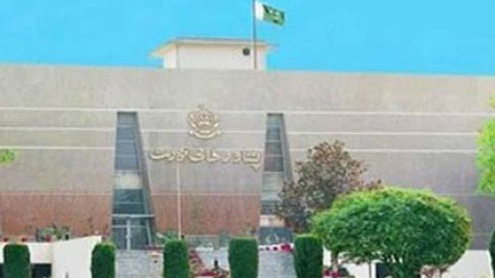 The kidnappers have demanded Rs150 million ransom.At the same time, the court asked the families of the abductees not to protest, observing that the act may threaten the life of their members.While issuing these directions, Chief Justice Dost Mohammad Khan gave another week to the government for the safe recovery of the Wapda workers associated with Gomal Zam dam project, and adjourned hearing to Jan 10.The Wapda workers were kidnapped by militants on Aug 15 when they were on the way to Tank district from the dam site in South Waziristan Agency.

Militants later linked the release of the workers to payment of Rs150 million ransom and freedom of 17 of their associates by the government and set the Dec 3 deadline for it.However, the deadline was extended at the request of the families of the workers.A few weeks ago, the abductees’ families filed a joint request with the chief justice for intervention. The request was converted into a writ petition.During the hearing, political agent of South Waziristan Shahidullah Khan said the Wapda workers were kidnapped by Lateef Group of Tehrik-i-Taliban Pakistan and that the administration had been striving to secure the safe release of the abductees without payment of ransom.

He added that several delegations, including religious leaders and tribal elders, had already been sent to militants for persuading them to free the Wapda workers.Bilaluddin Khattak, lawyer for the petitioners, said human rights activist Ansar Burney had assured him of raising money for payment of ransom if the government failed to do so.He said Mr Burney wanted a responsible government official to contact him for the purpose.

When asked about his reluctance to contact Mr Burney, the political agent told the court that being a government official, he was not authorised to make such contacts.The CJ observed that if the government was not in a position to pay ransom, it should contact philanthropists for the purpose.The political agent said he could arrange a jirga to negotiate between kidnappers and philanthropists or Wapda.

Also during the hearing, the CJ asked the abductees’ relatives, who were also in attendance, to avoid holding demonstrations, which, he observed, could force kidnappers into harming their near ones.A Wapda official informed the bench that in line with the earlier order of the court, chief security officer of the authority Colonel Mateen had been in Wana, headquarters of South Waziristan, for interaction with the local political agent and the jirga members over the matter.He said he was full of hope for the safe, early recovery of Wapda workers. – Dawn