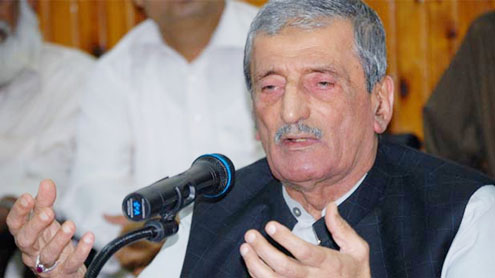 PESHAWAR: The Pakistani Taliban say they are granting an “amnesty” to a Cabinet minister who is offering a $100,000 reward to anyone who kills the American maker of an anti-Islam film.

Railways Minister Ghulam Ahmad Bilour had announced a $100,000 bounty for the killing of the maker of “Innocence of Muslims” – a film which has sparked deadly protests throughout the Muslim world.  Bilour had also sought the Taliban’s and al-Qaida’s help in the “noble cause” of killing the filmmaker.

Pakistani Taliban spokesman Ahsanullah Ahsan told The Associated Press by telephone on Wednesday that the minister’s views represent the true spirit of Islam. Consequently, the militants have removed him from their hit list.But Ahsan clarified that others in Bilour’s secular party – The Awami National Party (ANP), which opposes the Taliban – won’t enjoy the reprieve.Pakistan’s government says Bilour’s bounty doesn’t represent official policy.Bilour could not be reached immediately for comment. – Dawn

Minorities on the run in Pakistan