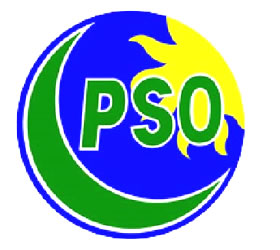 KARACHI: Irregularities resulting in the loss of millions of rupees have been pointed out in the audit report on the accounts of Pakistan State Oil Company Ltd (PSO) prepared by the Director Commercial Audit, Karachi. PSO is an autonomous body working under the administrative control of Ministry of Petroleum and Natural Resources.The management and affairs of PSO are run by 10 members of Board of Management (Oil) headed by Chairman. The audit report was forwarded by the Director Commercial Audit to the Managing Director, PSO seeking para-wise replies and after its finalisation it would be included in the next Auditor General’s report on public sector enterprises. The report contains 45 paras summarised as under:

1. Loss of Rs 249 million due to sales of sizeable amount of products before the upward revision in tariff.

2. Loss of Rs 94.507 million due to fraud in Credit Control Department.

4. Irregular procurement of Rs 328.435 million by violating of PPRA Rules.

5. Short Receipt of Security Deposit amounting to Rs 429.282 million from the dealers in violation of SOP.

6. Loss of Rs 28.312 million on account of distribution margin due to dealer fails to purchase monthly minimum.

7. Loss of Rs 7 million due to misappropriation/theft of Prepaid Cards.

8. Loss of Rs 2.00 million as legal charges due imprudent decision taken for awarding of contract.

9. Non-recovery of amounting to Rs 1.102 million since long.

10. Irregular award of contract amounting to Rs 10.748 million in violation of Purchase Manual.

12. Loss of Rs 32.307 million due to non-award of full contract to the lowest bidder for the purchase of Dispensing Units.

14. Loss of Rs 5.266 million due to irregular payment of Advertisement Tax on behalf of Dealer Finance Sites.

16. Loss of Rs 13.257 million due to irregular payment to CDGK on behalf of Company Finance Sites

20. Loss of Rs 3.610 million due to non-collection of late payment charges from dealers.

21. Irregular payment of rent on behalf of dealers of Rs 5.544 million.

23. Irregular Appointment of DGM in Group-II on political favouritism

25. Irregular appointment of consultant after the age of superannuation.

26. Irregular appointments of Manager in PSO.

28. Irregular appointments of Executive in PSO.

33. Violation of Public Procurement Rules, 2004 to awarding contract for hiring services through outsourcing.

34. Irregular expenditure due to visit abroad of PSO officials without obtaining prior permission of the Competent Authority.

35. Irregular award of contract for up-gradation of SAP servers amounting to Rs 7.495 million.

36. Loss of Rs 2.713 million due to non-forfeited of security deposits of the contractors.

37. Irregular appointments of employees on contract basis against payment of Rs 96.158 million per annum.

40. Loss of Rs 1.393 million due to non-deduction of Liquidated Damages from the contractor.

42. Huge difference between inventory on SAP system and of physical stock.

44. Blockade of funds amounting to millions of rupees on imprudent investment on shop stop.

45. Long outstanding amount of Rs 12.5 million due to non-recovery – Brecorder