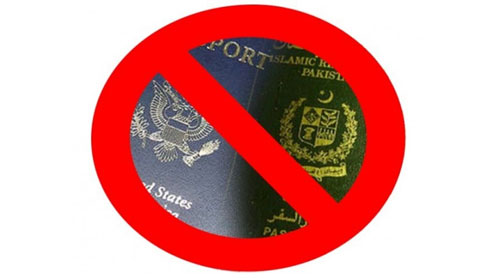 The political parties had more than four years at their disposal to introduce well thought out and reasonable amendments in the constitution if they were keen to allow dual nationality holders to become legislators.

For this they were required to revoke Article 63(C) which expressly debars those with dual nationality from becoming members of the parliament or provincial legislatures. They also needed to properly amend or strike down Article 62(F) introduced by Zia-ul-Haq, requiring from a legislator “that he is sagacious, righteous and non-profligate, honest and ameen, there being no declaration to the contrary by a court of law”. Actually the clause needed to be amended or struck down in any case as it introduced terms that allowed a large scope for arbitrary interpretation.

There was also a need to deal with it because a number of PPP, PML-N and MQM legislators with dual nationality had contested and won their seats keeping the EC in the dark about their ineligibility. The ruling coalition had managed to create consensus within the allies and with the opposition after sufficient discussion on crucial 18th, 19th and 20th amendments. A similar way should have been adopted to strike down the two clauses.

The government failed to move when the SC suspended the membership of Farahnaz Ispahani and told Rehman Malik to produce evidence of the renouncement of his citizenship of United Kingdom in May. The government was jolted into action only when the Supreme Court suspended Malik’s membership of the Senate on June 4 for allegedly running for office while still holding British citizenship. By this time serious differences on a number of issues had emerged within the ruling alliance.

The PPP hurriedly prepared a bill in July and tried to push it through parliament without seeking the opinion of its own parliamentarians or the allies. When it was taken up in the Senate the bill was criticized by two prominent PPP Senators and opposed by ANP, PML-N and the Likeminded Group. The bill thus got stuck up in the Senate.

The SC has now disqualified 11 legislators belonging to the PPP, PML-N and MQM by invoking Article 63(C). The court has moreover directed the ECP to initiate proceedings against the lawmakers on grounds of perjury, invoking Article 62(F). The ECP has also been directed to take action against Rehman Malik on the same ground and also to institute a criminal case against him. If the political parties suffer as a result of the decision, they have to blame themselves. They failed to evolve a sensible consensus over the issue when they had enough time to do so.