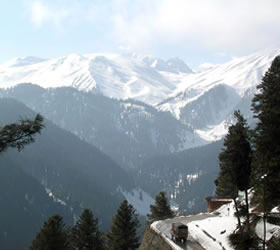 The deep-flowing river of discontent in the state has to be addressed politically.

The deteriorating situation in Kashmir is cause for the greatest concern, not just for Indians and Pakistanis.The status of Kashmir and the situation that Kashmiris find themselves in are issues that Muslims feel strongly about.  The knowledge that Kashmiris are being killed — at least 80 in the past three months and 18 on Monday alone — could well fuel anti-Indian sentiment in a number of countries. That has to be avoided.
India, like Pakistan, is a much-valued and much admired friend of Saudi Arabia.  No one wants to see it damaged in any way. But it is painfully apparent that the Kashmir issue is not being handled wisely: Monday’s killing of civilians by the Indian police is hardly going to calm the situation. It can only inflame tempers.

Plans by a maverick Florida church to burn the Holy Qur’an has added a new dimension to the protests going on in Kashmir since June. As Arab News said in this column last week, there was a serious possibility that people would die because of those plans. Tragically that has proved the case despite the fact that the desecration did not occur.

However, to see the Monday’s protest and subsequent ones as purely about a far-away desecration of the Qur’an is a serious mistake. For Kashmiris, faith is indissolubly woven into their identity, an identity that for many also includes the sense of not being free and being oppressed by Indian rule. The protests have been about both — about at attack on Islam and resentment at Indian rule.

Regardless of what some people think, Kashmir is not Palestine. It is not a country that has been stolen, its people forced into exile, their lands seized and colonized. It is more comparable with Northern Ireland or the Basque country where a significant percentage of the population does not feel to be part of the state they find themselves in.

India still has not come to terms with that reality. It is not simply a case of militants based in Pakistan stirring things up. That is why military repression in Kashmir cannot work. It is not a case of a miniscule minority demanding change at odds with a majority that accepts the status quo.  There is a deep-flowing river of discontent in the state that has to be addressed politically. A solution acceptable to both India and Pakistan would help but it has to be acceptable first to the people of Kashmir. Northern Ireland shows that political solutions can happen, although it took the British a long time to reach that point. In Northern Ireland’s case, festering minority community alienation from the political establishment was transformed into years of violence and terrorism, the trigger being the killing of 26 demonstrators by the British Army in 1972, known as Bloody Sunday.

There is alienation in Kashmir, from Indian rule but even more from the Abdullah dynasty that New Delhi has allowed to become entrenched as the political establishment there. While that establishment remains and while New Delhi continues to believe that violence can be contained by force that to many seems counterviolence, Kashmir will be a powder keg. At the end of the day, just as the British had to do a deal in Northern Ireland with those they considered terrorists, just as the French had to do it in Algeria, just as the Americans will have to do it in Afghanistan, so New Delhi will have to in Kashmir. – Arabnews