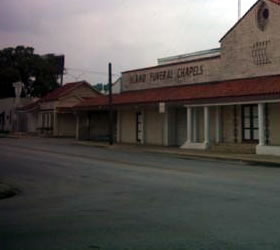 Broken roads, choked gutters and swelling garbage heaps in parts of City administered a rude shock to those men and women who especially arrived into their native Peshawar from the Gulf states, Europe and North America to celebrate Eidul Fitr among their near and dear ones.

Provincial government has placed a freeze on the development funds of all municipal bodies including those in Peshawar, at least until the holding of new local bodies’ elections. During Eid holidays the visitors from abroad wanted to show their children around various parts of the historical City especially the cultural aspects to its traditional profile.

However, to their utter dismay they found it difficult to move about in a heavily fortified City. Entire Cantonment area was virtually sealed and security personnel politely told revellers to go home and watch television. Inside the walled City, the elders were visibly nervous as carefree children fired crackers with toy guns. With sharp, pointed spikes on top of them, giant iron gates, put up on self-help basis at the entrance of winding lanes, greeted the Eid revellers.

From Muslim Meena Bazaar to Kohati’s Teddy Darwaza, female revellers restricted their movement as they had reportedly received threats to stay indoors and forget about the vigilantly guarded Chacha Younus Park, Shahi Bagh’s Funland and other picnic spots. Motorists found most roads bumpy and uncomfortable especially while driving through the Phase III Chowk, Pishtakhara Chowk and portions of the poorly maintained Ring Road, where every large, 24-wheel container now pays Rs350 as toll. Money thus collected needs to be spent on road repairs, garbage disposal and provision of civic amenities.

Municipal employees associated with sanitation staff should be asked to serve the masses and not their boss and his relatives alone. Lenience naturally leads to negligence due to which the City already wears the look of a war-ravaged town. – Statesman