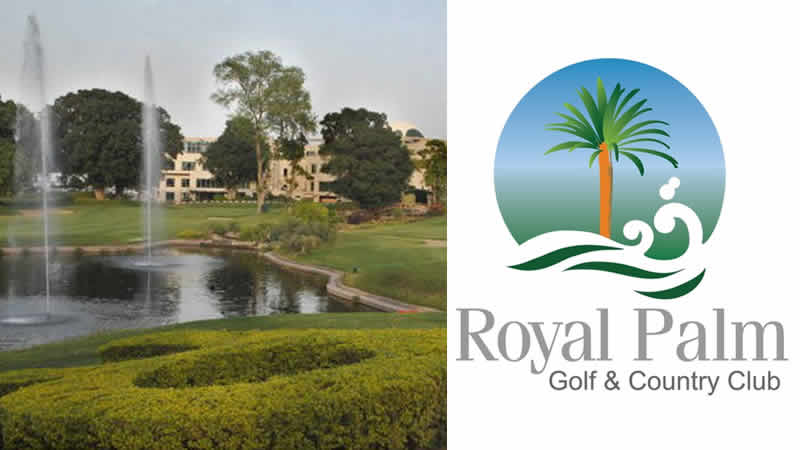 Royal Palm is in the news lately for the infamous take over by the Railway Pakistan Police acting as the warlords. They obviously seem to have come out of obscurity to simply destroy a world class facility.

The fact of the matter is simple! Royal Palm came into existence because of an initiative taken by an entrepreneur to transform the Railways Golf Course Facility that through sheer neglect had deteriorated to an extent that it became a disgrace as an institution.

The investors who were advised by the Railway Authorities to take over the dilapitated golf course and set in motion a programme of complete reformation showed confidence and courage and went ahead irrespective of the conditions prevailing in and around the country.To them this was their country’s pride at stake and they accepted the challenge triggering the reformation with full vigor and vitality. The services of foreign architects were acquired to give the golf course and the allied facilities a completely new look and bring it to a level that would make it comparable to any world class facility. Through heavy investment supplemented by passion and creativity,the measures and effort started to yield results and in a short span the magical touch brought forth fruits in the shape of an excellent golf course and equally fabulous club house that housed a top of the line gymnasium ,squash courts ,swimming pools and fine dining areas.

Once the huge development work was completed ,Royal Palm became a place sought after by diplomats,the elite,sports lovers and corporate leaders.In this regard during the last 15 odd years Royal Palm has left an undeniable impression on the social and sports scene of Lahore. It has come together with various fashion & arts organisations and has become a center for Events like Fashion weeks (which were started here), vintage automobile shows,corporate get togethers and assembly of diplomats, who were always keen to visit Royal Palm and would feel secure and happy in the facility.

On the sports side the Royal Palm golf course won the rankings among the top golf courses in Asia.This resulted in its recognition internationally and brought a much improved image for the city of Lahore and Pakistan.Certainly as Pakistanis that is something the members and associated stake holders felt proud of. Besides Golf, other sports facilities like Tennis, Squash, swimming, a world class gymnasium of men and women together with the yearly summer camps of hundreds of children has proven to be a hallmark of excellence

The immediate issue at hand is the brazen disregard by the Railway authorities of the legal standing of Royal Palm ,the Court Orders and the standing of the members ,members families and their rights.court of law and above all total and complete disregard of the members of the club.Storming of the Royal Palm by Railways Police is a sad reflection on the mentality of Railway Management who are not bothered about the rights of members and other associated stake holders .They have actually acted like thugs and dacoits and chosen the path usually followed by land grabbers ,unfairly using the might of the state.Undoutedly a select few have chosen to bring a bad name to the Government and shattered the trust of investors who believe in pursuing the path of excellence.They are not at all concerned about the effect this action will have on prospective foreign investors ,while at the same time insulting the law and the courts and one person acting as the judge ,the prosecter and executioner.