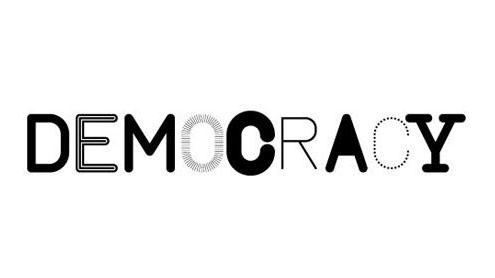 One of the salient features of democracy has always been smooth transfer of power from one elected government to another.

However, Pakistan has always craved for this as democracy has never been allowed to flourish in the country. It is still believed that to strengthen the institutions and the state, it is very important that we let the democracy flourish and make sure that smooth transfer of power takes place after the coming elections.Democracy is a form of government in which all citizens who are eligible under certain criteria have a say in the decisions taken by the government consisting of representatives chosen by them. It also includes social, economic and cultural environment that allows each individual to recognize his/ her political determination.

For implementing democracy in a society, there are two approaches closely related on how the parliament, which is the sole representative of people of that country & enjoys sovereign power in any form of democracy, will act to safeguard the interest of its principals i.e. people of that particular state. Although, in an ideal scenario, people of the country should directly be involved in all kind of decision making but practically speaking that is not possible. Hence the modern concept of democracy where people elect their representatives through direct poll, which forms a parliament and which takes decisions and makes laws on behalf of their people. Another very important feature of the democratic system is the acceptability of people’s verdict.

If we look at all the bigger democracies of the world, democratic forces have always accepted the decision of the people and power has very smoothly changed hands after a fixed tenure.However, it is very unfortunate that during the last sixty five years of existence, we have hardly experienced democracy and smooth transfer of power in democracy. Pakistanis have spent more years under martial law than under democracy and even when the political forces have been given chance to rule the country, their tenures have been marred by undue interference from other institutions of the country namely armed forces and under a new trend by judiciary. Starting from the 1970 election, only once we have seen smooth transfer of power from one elected government to another after the 2008 general elections.

But then many commentators argue that the power was rather transferred from a dictator to a democratically elected government, as they do not recognize the civilian setup under Gen. Musharraf as a democratic one. Bottom line is that Pakistan is among those countries where transfer of power has always required interference from irrelevant quarters.The whole 1990s saga in our political arena is the biggest proof for that when democratically elected governments were not given a chance to complete their tenure and hence transition of power was done after the governments were either dismissed by the Presidents using the infamous Article 58-2B or by a direct military take over.

Although, in every scenario, elections were later held and a democratic government was placed but the point of contention are not elections. Problem is why do we always need extra ordinary circumstances and actions by non-democratic forces to transfer power from one elected government to another? Why cannot we accept the mandate given by the people and handover the power to those elected by them?  Unfortunately, most of the times, these very political forces have played their part in inviting non-democratic forces to intervene in democratic set up thus resulting in destruction of institutions in the country.

It was widely believed after the 2008 general elections that our democratic forces have matured and learnt from their pasts, however, after the initial 2-3 years, they have once again started to look towards establishment, which now safely includes military and judicial establishment, for transfer of power. It is very important for pro-democracy elements to understand that to move this country in the right direction, it is very important to rely on will of the people and all the democratic forces should understand that only a smooth transfer of power through free & fair elections will let the democracy flourish in the country.  – Waqas Iqbal

Writer is an entrepreneur & a teacher by profession

Indian PM invites Junoon to perform on his birthday