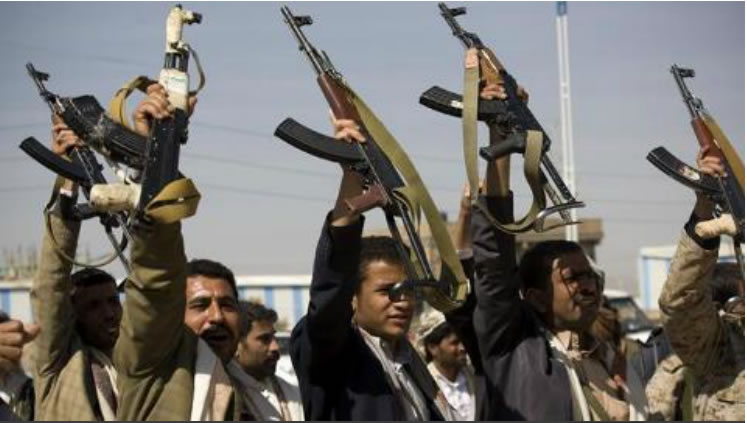 Yemen’s embattled president has reached an agreement with Houthi rebels to end a violent standoff in the capital.

The Shia rebels agreed on Wednesday to withdraw from areas overlooking the presidential palace and the private compound of the President, Abd-Rabbu Mansour Hadi, after receiving assurances of constitutional change and power-sharing.

A source close to the president said Hadi met an official of the armed group, and denied the head of state was under house arrest inside the residence, although his home was surrounded by Houthi fighters after tow days of battles. In a statement issued on Wednesday evening, Hadi said the Houthis had a right to serve in posts in all state institutions, and a draft constitution that had been a source of disagreement between him and the group was open to amendment. He said the Houthis agreed to withdraw fighters from areas overlooking his palace, his private home and the official residence of the prime minister, as well as a missile base, and had promised to immediately free his chief of staff, whom they had held captive since Saturday.

“The draft constitution is subject to amendments, deletions, streamlining and additions,” said the statement. All sides agreed government and state institutions, schools and universities should rapidly return to work, it added. After clashes at the president’s office and home on Tuesday, the Houthis’ leader threatened in a speech overnight to take further “measures” unless Hadi bowed to his demand for constitutional changes that would increase Houthi power.

The Houthis, an ally of Iran, swept into the capital four months ago and have emerged as the dominant force in the country. For now at least they appear to have decided to stop short of overthrowing Hadi, possibly preferring to exert control over a weakened leader rather than take on the burden of power. The Houthis managed to rise to power after the country plunged into a state of turmoil following the ousting of Yemen’s leader Ali Abdullah Saleh. In a separate incident that has sparked further controversy involving Saleh, leaked telephone conversations have shown that Saleh was talking with Houthi rebels a month after the Shia group took control of capital Sanaa. In the audio recording, received by Al Jazeera on Wednesday, Saleh is heard apparently coordinating military and political moves with Abdul Wahid Abu Ras, a Houthi leader.

The audio was reportedly recorded in October. Speaking to Al Jazeera from London, Mohamed Qubaty, a former government adviser in Yemen, said that if the audio recordings are proven, it shows Saleh as “a master of mischief” in the country. On Wednesday, Saleh called for early elections, arguing that early presidential and parliamentary polls would help defuse the current political crisis.