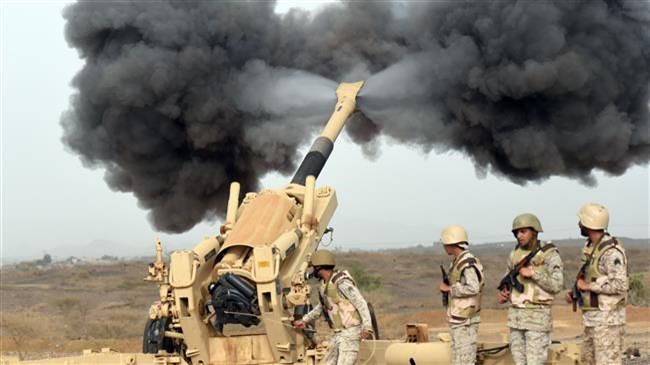 A top member of Iran’s parliament called Saudi Arabia’s King Salman a traitor to Islam on Thursday, a sharp escalation in rhetoric over Riyadh’s air strikes against an Iranian-allied militia that has seized much of neighbouring Yemen.

Although a five-day humanitarian truce was largely holding, and aid was getting to some of the millions of Yemenis deprived of food, fuel and medicine, tensions were also mounting over an Iranian relief ship, which Saudi Arabia insisted on inspecting.

Yemen is the latest theatre in Shi’ite Muslim Iran and Sunni Saudi Arabia’s tussle for power across the Middle East, which has played out along largely sectarian lines but has not yet led to direct confrontation between the Gulf powers. Saudi Arabia and Arab states backed by the West have, since March 26, pounded Houthi rebels aligned with Tehran and forces loyal to ex-president Ali Abdullah Saleh, aiming to restore President Abd-Rabbu Mansour Hadi, now exiled in Riyadh. While on a visit to Syria, Alaeddin Boroujerdi, head of the Iranian parliament’s national security and foreign policy committee, branded King Salman “traitor of the noble Haramayn”, or two sacred sites — a play on his official title of Custodian of the Two Holy Mosques. The Saudi-led coalition has imposed an air and maritime blockade to stop weapons supplies reaching the Houthis and their allies, but Iran said it would not let the Saudis inspect an aid shipment it had sent towards Yemen. Brigadier General Massoud Jazayeri, Deputy Chief of Iran’s Armed Forces, warned of war if the ship was attacked, and Hadi’s government withdrew its ambassador to Tehran.

There were hints of a possible resolution as Iran said it was coordinating with the United Nations to deliver its aid. But Iranian naval vessels also fired shots over a Singapore-flagged ship in international waters in the Gulf, in what a U.S. official said appeared to be a legal dispute. Gulf leaders, including Saudi Arabia’s crown prince, were in the United States for meetings with U.S. President Barack Obama, hoping for reassurance that a deal on Iran’s nuclear programme being negotiated with world powers will not harm their security.

On the other side of the Arabian Peninsula, the Houthis and forces loyal to Saleh remain entrenched across Yemen. With no party seemingly ready to make concessions for a political solution, relief agencies were making the most of the brief truce, which began on Tuesday. Aid flights were due to start overnight from the United Arab Emirates to the capital Sanaa, which is under Houthi control and has faced air strikes but no ground fighting.

The United Nations said aid ships had docked at ports of Hodeida and Aden. A shipping source in Yemen said at least three ships with fuel and wheat had docked in Hodeida and in al-Mukalla; Saudi Arabia had sent eight truckloads of diesel overland to Hadramout province; and Qatar had sent medicine and food via Djibouti. The Houthi-run Saba news agency said two planes with medics and supplies from the International Committee of the Red Cross and Medecins sans Frontieres had landed in the capital. In north Yemen, aid agencies started to distribute food to 33,000 people, as well as medicine to hospitals and hygiene kits to refugees, said the United Nations’ Office for the Coordination of Humanitarian Affairs. Since Saturday, about 8 percent of the 5 million litres of fuel needed to distribute aid each month had arrived in Yemen.

PTI All Set to Show Muscle in Multan today

PTI All Set to Show Muscle in Multan today