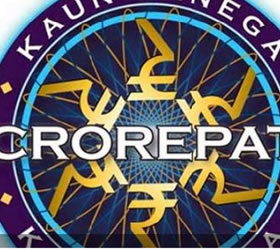 Alleging that the advertisement being aired for upcoming edition of quiz show ‘ Kaun Banega Crorepati’ is derogatory to the clarion call given by Netaji Subash Chandra Bose for fighting the British, a lawyer has threatened legal action.

Netaji Bose’s slogan “Tum Mujhe Khoon Do Main Tumhe Aazadi Doonga” (You give me blood, I will give you freedom), to recruit men and women for his Indian National Army, has been used in an “extremely light and derogatory manner in the promos for the show,” lawyer Mehmood Abdi claimed.

According to Abdi, the attorney for suspended Indian Premier League Chairman Lalit Modi, the promos showed various segments of the Indian population using this “sacred national slogan in joking ways.”

Abdi said in the promotional for the show, its depicted as if its host–Bollywood megastar Amitabh Bachchan–is the person who has coined this clarion call during the British Raj and not Netaji Bose.

He has demanded an immediate withdrawal of the advertisement by promoters of the show and others including the show-hosting TV channel, besides seeking an unqualified apology, failing which he has threatened legal action.

KBC-4 is expected be back on the television screens next month with Bachchan in the hot seat once again. Sony TV has bought the rights for the hugely successful show this year. Earlier it was with Star Plus. – Indiatimes