The world’s most powerful passports for 2021 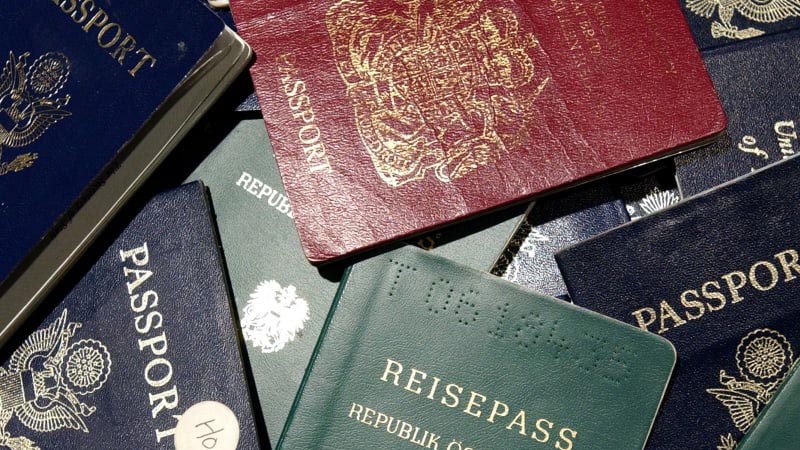 The gap in travel freedom is its biggest in decades and disparities in vaccination access between countries could make the situation even worse, says a new report.
The Henley Passport Index, which has been regularly monitoring the world’s most travel-friendly passports since 2006, has released its latest rankings and analysis.
As the index doesn’t take temporary restrictions into account, Japan is once again top of the leaderboard, with its passport offering visa-free or visa-on-arrival access to 193 destinations around the world.
“With extensive travel restrictions still in place globally, any level of international travel freedom remains theoretical,” says Henley & Partners, the UK-based citizenship consultancy behind the index, in a statement.
“It is somewhat ironic that Japan is ranked first, yet recently made the difficult decision to bar spectators from abroad from the rescheduled Olympic and Paralympic Games Tokyo 2020, now planned to commence in July.”
Japanese passport holders have visa-free or visa-on-arrival access to 167 more destinations than citizens of Afghanistan, who are at the bottom of the ranking as they can only visit 26 places without needing a visa in advance. That’s the biggest gap between countries since the index began, says Henley & Partners.

Singapore remains in second place (with a score of 192) and South Korea ties with Germany in third place (with a score of 191).
As usual, most of the remaining top 10 spots are held by EU countries.
The UK and the US shared the No. 1 spot back in 2014, but their passport strengths have steadily eroded in the years since. They’re currently in joint seventh place, alongside Switzerland, Belgium and New Zealand.
In terms of travel freedom, the big success stories of the past decade have been China and the United Arab Emirates.
Since 2011, China has climbed 22 places — from 90th position to 68th — while the UAE has gone all the way from No. 65 to No. 15. Its work on strengthening diplomatic ties around the world now means that its citizens are allowed easy access to 174 destinations, compared to the 67 destinations of a decade ago.
“With the roll out of mass vaccination programs in certain wealthy and advanced economies such as the EU, the UAE, the UK, and the US, global mobility will soon be a possibility again for some,” says Henley & Partners.
“For citizens of developing and emerging economies, where vaccine roll outs are much slower, and where passports tend to offer far less travel freedom in general — the future looks decidedly less rosy.”

Political science researchers Uğur Altundal and Ömer Zarpli of Syracuse University and the University of Pittsburgh, respectively, point out in the report some of the dangers of the vaccine passport model as a solution to reopening international travel.
“Given that people will likely need to be vaccinated every year, developed countries might seek to secure vaccine supplies for future use. Ultimately, this could prolong the pandemic and raise the risk of further mutations.”
Mehari Taddele Maru, a professor at the Migration Policy Centre and a Fellow at the United Nations University Institute on Comparative Regional Integration Studies in Belgium, says that “countries able to vaccinate their populations relatively rapidly will also facilitate their citizens’ higher mobility and attract visitors for business and leisure, while countries that are facing conflicts and those that lack funding to ensure adequate storage and efficient distribution of vaccines will lag behind in easing mobility restrictions.”
Remote working visas have been a big trend in the past year, as the pandemic has forced businesses worldwide to adopt more flexible working arrangements.
Greg Lindsay, director of Applied Research at NewCities, writes in the report that “destinations ranging from Helsinki to Dubai are already drafting programs and policies targeting footloose talent whose employers have given them permission to roam.” He goes on to warn that “any global destination without one is at risk of being left behind when the world opens up again.”

The worst passports to hold
Several countries around the world have visa-free or visa-on-arrival access to fewer than 40 countries. These include:

Henley & Partner’s list is one of several indexes created by financial firms to rank global passports according to the access they provide to their citizens.
The Henley Passport Index is based on data provided by the International Air Transport Authority (IATA) and covers 199 passports and 227 travel destinations. It is updated in real time throughout the year, as and when visa policy changes come into effect.
Arton Capital’s Passport Index takes into consideration the passports of 193 United Nations member countries and six territories — ROC Taiwan, Macau (SAR China), Hong Kong (SAR China), Kosovo, Palestinian Territory and the Vatican. Territories annexed to other countries are excluded.
Its 2021 index has Germany, Finland, Spain and Switzerland sharing the top spot, with a visa-free/visa-on-arrival score of 134.