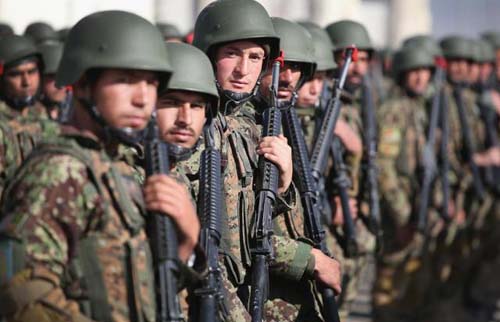 The Afghan intelligence service accused Pakistan on Wednesday of stoking instability in the country by backing militants who stage attacks in Afghanistan. Spokesman Hasib Sediqi of the National Directorate for Security charged that recent attacks in Afghanistan were planned in Pakistan, allegedly with the support of Inter-Services Intelligence.

Pakistan has denied such accusations in the past.  Mr Sediqi offered no evidence for his claims. He alleged that Pakistan’s military campaign against militants in the North Waziristan border region had made no progress because the ISI had warned the area’s Haqqani militants ahead of launching the campaign. The Haqqani network is an Al Qaeda-affiliated Taliban group active in Afghanistan and based in North Waziristan.

“The main Haqqani leadership has been transferred from North Waziristan two weeks before the operation started, using 150 different kinds of vehicles with their weapons and ammunitions by the direct order of Pakistani intelligence service,” Mr Sediqi said, adding that they moved to Kurram Agency. Mr Sediqi said the Pakistan military’s operation had so far not resulted in the arrest or killing of any major insurgent leader and that the only deaths were from US drone strikes in the same area.

The accusations came as a suicide bomber killed one policeman and wounded three in Afghanistan’s northern Kunduz province. Police spokesman Sarwar Hussaini said the bomber, who was on foot, targeted the Chardara police district chief in Kunduz city. “Our message to Pakistan is that friendship with Afghanistan will have political and security benefits,” Mr Sediqi added.