Equipped with Humvees, ISIL Clashes With rivals in Syria 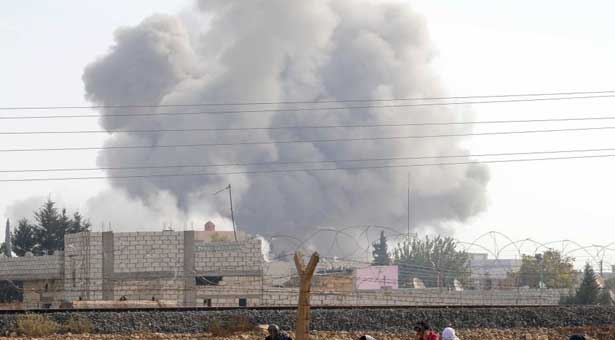 Equipped with Humvees, ISIL clashes with rivals in Syria

The Islamic State of Iraq in the Levant (ISIL) battled with rival opposition fighters in northern Syria on Sunday, using U.S.-made military vehicles captured from neighboring Iraq for the first time, a monitoring group said.

ISIL, a splinter group of al Qaeda which wants to set up an Islamic caliphate encompassing both Iraq and Syria, has made rapid gains in Iraq in the past two weeks, taking control of the northern city of Mosul and major border crossings with Syria. Its advances in Iraq appear to have spurred on the Syrian branch, which is fighting both the army of President Bashar al-Assad and also rival opposition groups such as the Western-backed Free Syrian Army, a more moderate force. The Sunni Muslim ISIL fighters seized strategic Syrian towns near the Iraqi border from rivals last week.

For the first time, ISIL combatants have been using U.S-made Humvees – four-wheel drive military vehicles – in fighting in northern areas of Syria´s Aleppo province, the British-based Syrian Observatory for Human Rights said. The vehicles, which appear to have been seized during ISIL´s recent Iraqi offensive, were used to gain control of villages outside the town of Azaz, close to the Turkish border, it said. The Observatory, an anti-Assad group which tracks events on the ground through activists, said ISIL in Syria had been supplied with dozens of the vehicles from Iraq.

The United States has long supplied Humvees to the Iraqi army, which has been fighting an increasing violent insurgency since U.S. forces withdrew at the end of 2011. ISIL fighters in Iraq have often seized abandoned military equipment from Iraqi forces, including armoured vehicles. The capture of border areas by ISIL on Sunday is likely to make it easier for the group to transfer equipment and fighters between the countries, where the conflicts have fed off each other. As in Syria, ISIL has started to clash with other Sunni militias in Iraq.

In the Iraqi town of Hawija, ISIL and members of the Naqshbandi Army, made up of former army officers as well as loyalists of Saddam Hussein´s former ruling Baath party, battled for a third consecutive day on Sunday. The Observatory also said on Sunday that ISIL had kidnapped 20 Kurdish students on a road in northern Syria, just weeks after the group abducted 145 students in Aleppo. Relatives and residents are scared that ISIL will use kidnapped students to carry out car bombs or suicide attacks, the Observatory said. -thenews

Could Ignorance of illness be Better for Mental Health?