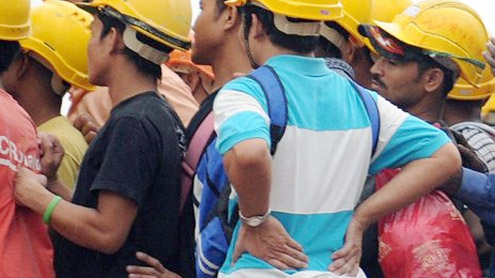 Brazilian police say they have identified a gang specializing in trafficking Bangladeshi nationals into the country.

About 80 workers have been lured by their own countrymen with promises of earning up to $1,500 (£985) a month.But they ended up as slave labour in order to pay their smugglers nearly $10,000, police say.South America’s biggest economy has recently seen a steep rise in cases of illegal immigration.The smugglers explored routes across the borders of Peru, Bolivia and Guyana to enter Brazil, investigators said.

The workers were found living in slavery-like conditions eight houses in the town of Samambaia near Brasilia, an investigator told the Agencia Brasil news agency.He said the Bangladeshis worked at freezer warehouses, building and car-washing sites.A number of smugglers have been identified and investigators were granted 14 search warrants, officers said.

Among the smugglers are four alleged “coyotes” – men who managed the actual border crossings.It is not yet clear what will happen to the smuggled men.Brazil has recently seen a steep rise in cases of illegal immigration.Last month the governor of the state of Acre, next to the Peruvian border, declared emergencies in two towns because of the growing number of immigrants from Haiti and African countries. – BBC