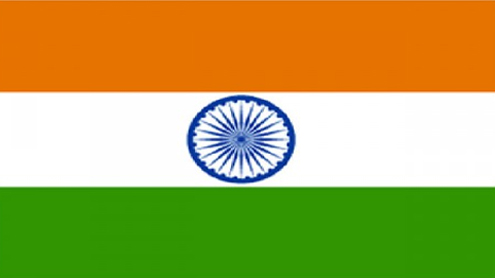 NEW DELHI/NEW YORK: India on Wednesday called a declaration that Pakistan’s intelligence service and former chiefs enjoy immunity in a case related to the 2008 Mumbai attacks a ‘serious disappointment’.

The Indian statement was in response to an affidavit filed in a US court earlier in the week in which the US government said ISI and its former chiefs, Ahmed Shuja Pasha and Nadeem Taj, ‘enjoy immunity’ in the Mumbai attacks. The US affidavit is ‘a matter of deep and abiding concern’, the Indian government statement said, noting Washington has publicly said it is committed to bringing ‘those responsible for the Mumbai attacks to justice’.“The decision of the US authorities in this case is a cause of serious disappointment,” said the Indian statement.

The New York federal court is hearing a case filed by US survivors of the Mumbai attacks and family members of the victims against Pasha, Taj and other ISI officials. The US Government has informed the court that the ISI and its former director generals ‘enjoy immunity’ in the case related to Mumbai attacks; however it asked Pakistan to dismantle Lashkar-e-Taiba (LeT) and support India’s efforts to counter terrorist threat.In a submission on that case, Principal Deputy Assistant Attorney General Stuart Delery told a federal court in New York that in US government’s view the FSIA (Foreign Sovereign Immunities Act) requires that the ISI be accorded immunity from this civil suit because the ISI is a fundamental part of the Government of Pakistan and no exception to immunity applies.

“In the view of the United States, the Inter-Services Intelligence (ISI) is entitled to immunity because it is part of a foreign state within the meaning of the FSIA,” Delery said in his 12-page affidavit. Furthermore, the State Department has determined that former ISI DGs are immune because plaintiffs’ allegations relate to acts that they allegedly took in their official capacities as directors of an entity that is undeniably a fundamental part of Pakistan Government, it added.

“Because foreign sovereign immunity and foreign official immunity provide an adequate basis upon which to dispose of this case with respect to the ISI and former Directors General Pasha and Taj, the US takes no position on the political question doctrine issues that are also presented in this case,” the affidavit says in its footnote. The reply also said that this determination – that Pasha and Taj enjoy immunity – is not subject to judicial review.“In making this immunity determination, the US emphasises that it expresses no view on the merits of plaintiffs’ claims. The US strongly condemns the terrorist attacks in Mumbai and continues to believe that Pakistan must take steps to dismantle Lashkar-e-Taiba and to support India’s efforts to counter this terrorist threat.”

The petitioners had alleged that the ISI controlled and coordinated the terrorist attacks and provided critical planning to the attackers. They sought compensatory and punitive damages, and contend that Pasha and Taj provided material support and resources to the attackers, recruited participants and planned the attacks. Lawyers of ISI and its directors had argued that they enjoy immunity in the case. It was on April 23 this year that the court had asked the US Government to clarify its position. December 17 was the last date for that.

The US attorney maintained that “under the FSIA, the ISI is immune from suit for the simple reason that it is a fundamental part of the Pakistani government. Under the FSIA, the ISI must be treated as a “foreign state” for purposes of the FSIA and there is no applicable exception to immunity”.“There can be no serious question regarding the ISI’s status as a “foreign state” within the meaning of the FSIA. As the Government of Pakistan states, the ISI is part of its government, organised under the Ministry of Defence…