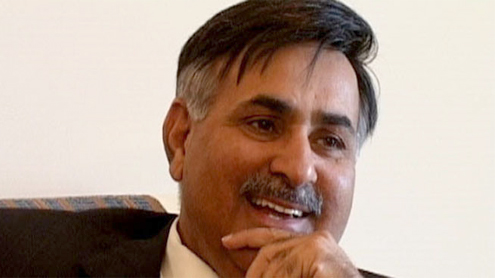 Balochistan Assembly Deputy Speaker Matiullah presided over the session, during which Health Minister Ainullah Shams presented the motion. The deputy speaker later confirmed that he had received it. The House will proceed on the motion on December 26.The plea taken in the motion was that Bhootani was working against his oath, which he took as speaker of the provincial assembly and his attitude towards his job was in violation of the constitution.

Bhootani said he would not compromise his principled stand just to save his job.“I will continue to work for the supremacy of the law. Bringing a no-confidence motion is their right and defending it is mine. I only implemented the decision of the SC in its true letter and sprits and now I am being punished of it,” he added. Talking to reporters, Chief Minister Aslam Raisani said independent candidates were not backing the move.

However, Balochistan Assembly Secretary Zahoor Ahmed said the no-trust motion moved against Speaker Bhootani does not meet rules and regulations of the Assembly. Addressing a crowded news conference at his chamber, he said “The consent of speaker is necessary for moving any motion or resolution, questions and bills in the House.”He said that he told the deputy speaker and other members of the assembly that the no-trust motion could be tabled in the House with permission of the speaker who is not present in Quetta.

He said that however, the deputy speaker and other members insisted that the file should be sent to deputy speaker and it should be moved in the House with permission of deputy speaker.“According to rules and regulations, it is necessary that one-fourth members of the assembly shall stand on their seats and show their hands in voting to give the permission for debate on the no-trust motion,” he said, adding that the procedure was not adopted.

He said that the no-trust motion could not be moved if one-fourth strength of members do not stand show their hands in voting. He said that the no-confidence motion was moved in the House with signatures of 22 members and proper procedure as per rules and regulations was not adopted in tabling the motion.

He said that Senior Minister and parliamentary leader of Jamiat Ulema-e-Islam-Fazl (JUI-F) Maulana Abdul Wasey was the mover of the no-trust motion but instead of him, the deputy speaker allowed Provincial Minister for Health AainUllah Shams to present the motion. He said that according to the Article 53 of the Constitution, Sub-Clause 7, the speaker shall remain in his office till completion of all proceedings. – PT