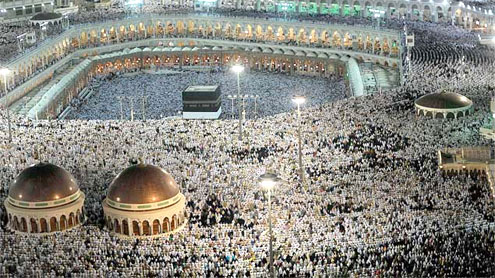 About 60,000 pilgrims without valid Haj permits have been sent back from checkpoints near Makkah and Madinah.

Col. Badr Al-Malik, spokesman of the Passport Department said yesterday that department officers had arrested a number of residency rule violators, people overstaying Umrah visas and those who had entered the Kingdom illegally.“We have also detained a number of people for transporting illegal pilgrims,” Al-Malik said. “We have seized their vehicles and the drivers have been handed over to the Department for Expatriates Affairs for punitive action.”

He said drivers transporting illegal pilgrims would face fine and imprisonment. “We’ll deport expats involved in transporting undocumented Hajis to the holy sites,” he warned.The department has intensified inspections at all Makkah entry points. “We’ll not allow any domestic pilgrim to enter Makkah and other holy sites if they don’t have Haj permits,” Al-Malik said. Those who violate the Haj regulations would be punished according to the law, he added. – Arabnews