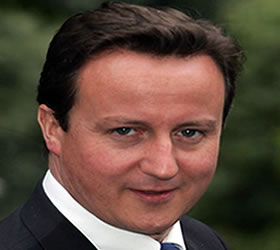 He made the comments in the foreword to a review into health and safety procedures carried out by the former Conservative minister Lord Young.Mr Cameron said the Government would curtail the promotional activities of claims and management companies he said had helped fuel the compensation culture.”We’re going to focus regulations where they are most needed, with a new system that is proportionate, not bureaucratic, that treats adults like adults, and reinstates some common sense and trust,” he said.Business groups welcomed the review, but the TUC complained that the report did not contain a single proposal which will reduce the high levels of workplace death, injuries and illness.Lord Young said that despite the success of the 1974 Health and Safety at Work Act, the standing of health and safety in the eyes of the public had never been lower.There was a “growing fear” among business owners of having to pay out for even the most unreasonable claims, said Lord Young.He said: “Press articles recounting stories where health and safety rules have been applied in the most absurd manner, or disproportionate compensation claims have been awarded for trivial reasons, are a daily feature of our newspapers.”Businesses now operate their health and safety policies in a climate of fear. The advent of ‘no win, no fee’ claims and the all-pervasive advertising by claims management companies have significantly added to the belief that there is a nationwide compensation culture.

“The ‘no win, no fee’ system gives rise to the perception that there is no financial risk to starting litigation. Indeed, some individuals are given financial enticements to make claims by claims management companies who are in turn paid ever-increasing fees by solicitors.”Ultimately, all these costs are met by insurance companies who then increase premiums.”Lord Young said the system for claiming compensation was a growing industry and urged that the incentives for claiming compensation had to change.He recommended that a scheme recently introduced for road traffic accidents be extended to cover straightforward personal injury claims, which he said would deliver a “simple, cheaper and quicker resolution” of claims.

He also proposed tighter regulation of advertising by claim management companies.The Government said it had accepted all the recommendations in the report, Common Sense, Common Safety, with the aim of improving the perception of health and safety, ensuring it was taken seriously by employers and the general public, while making the burden on small business as “insignificant” as possible.As well as the restrictions on advertising for no win, no fee compensation claims, Lord Young called for a “revolution” in the way personal injury claims were handled.

Lord Young said: “For too long, health and safety has been allowed to become a joke in the media and among the public. It’s about time it was taken seriously.”I believe that the best way to do this is to ease the burden in places where health and safety is not an issue, and to discourage the compensation culture that has spread fear of litigation throughout our society.”I believe my recommendations will be an important step towards restoring civil liberties, shredding red tape and making sure that health and safety rules are properly applied and respected.

“I am grateful to the Prime Minister for asking me to undertake this important work, and I am pleased that he has accepted all of my suggestions.”Work and Pensions Minister Chris Grayling welcomed the report and said: “Lord Young’s review restores common sense to health and safety regulation and sets clear limits to what organisations and individuals need to do to manage risk.”By reducing unnecessary red tape, we can encourage businesses to come and invest in the UK, creating jobs and opportunities when we need them most – Telegraph

Justice Minister Jonathan Djanogly said the department was already looking at ways to change the way “no win no fee” claims are handled.He said: “The Government welcomes Lord Young’s call for reform of the way in which personal injury claims and other civil cases are taken before the courts. We will be consulting shortly on how ‘no win, no fee’ conditional fee agreements should be improvedThe Prime Minster said he hoped that the report would prove to be a “turning point” with an end to unnecessary bureaucracy faced by firms as well as “senseless” rules and regulations – Telegraph