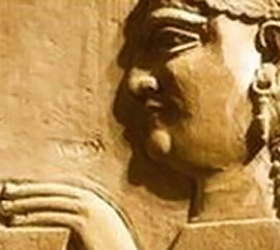 More than 600 antiquities have been returned to the Iraqi National Museum after they were found in boxes in Prime Minister Nouri al-Maliki’s office.

The missing historical artefacts, some dating back thousands of years, had been smuggled out of Iraq at various times and ended up in the US.They were moved back to Iraq in early 2009 but went missing after that.

It is not clear exactly how the artefacts disappeared from view after being returned to Iraq.

But the 638 items were found on Sunday packed in cardboard boxes in a storage room for kitchen equipment in the offices of Prime Minister Maliki. The objects include jewellery and clay tablets as well as bronze figurines. “It’s a very important collection,” said Amira Eidan, the director of the Iraqi National Museum. “Some [are] from the beginning of the Islamic era, others are from [the] Sumerian period, some [are] Babylonian, Hellenistic – different periods and different cities.”

Tens of thousands of artefacts chronicling some 7,000 years of civilisation in Mesopotamia are believed to have been looted from Iraq in the chaos which followed the the US-led invasion in 2003. Despite international efforts to track items down, fewer than half of the artefacts have so far been retrieved – BBC