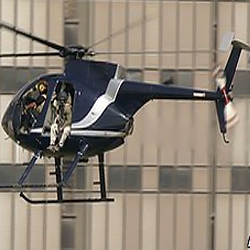 The nearly 300 breaches include the export of illegal weapons to Afghanistan and the unauthorised training of foreign nationals.

The alleged violations were revealed in US State Department documents.

The multi-million dollar settlement means that Blackwater, now known as XE Services, will be able to bid for government contracts.

The investigation which covered Blackwater’s business practices between 2005 and 2009 found the company guilty of numerous violations including:

The State Department documents reveal, for example, a 2007 breach which it said had potential national security implications.

In this instance, Blackwater failed to provide biographical information on Taiwanese nationals being trained in sniper operation. This was despite being aware of the obligation to do so.

The failure to provide adequate biographical information on foreign nationals being trained by Blackwater was repeated throughout the period under investigation.

In one example, trainees for the Afghan border control included one who was born in Pakistan and the other in Iran, a proscribed country.

And in 2008, 113 firearms were lost missing or unaccounted for in Iraq. A fact which was not disclosed to the authorities.

In addition, weapons intended for use in supporting US military operations in Iraq were diverted to Blackwater’s private contracts in the country.

In spite of this, the State Department said that XE Services’ alleged violations, while widespread, “did not involve sensitive technologies or cause a known harm to national security”.

Under the terms of the settlement, XE will pay a penalty of $42m of which $12m will be suspended to help XE strengthen the company’s compliance programme.

The department said it was satisfied that XE had taken the necessary steps to resolve these violations.

XE has replaced senior management and put in place effective compliance measures which will mean that it will not be barred from bidding for government contracts.

Blackwater has provided security forces in almost every part of the world but the company has been mired in controversy because of reports of excessive use of force by some of its staff in Iraq.

The company was last year re-named as XE Services and is now up for sale.

XE has not commented on the settlement of this case. But its directors have recently stressed that XE is a different company to Blackwater, having implemented a number of management and procedural changes.