US sees al-Qaeda in Yemen as top threat 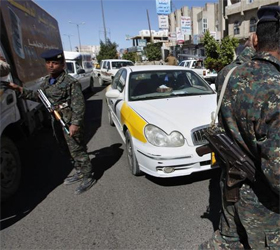 CIA, the US spy agency, believes that the al-Qaeda network in Yemen poses a more serious threat to the US than its parent organization, Osama bin Laden’s core group, according to a media report.
Senior White House officials are calling for stepped-up operations in Yemen to address the threat posed by al-Qaeda in the Arabian Peninsula, The Washington Post reported Wednesday. Proposals under consideration include use of armed CIA drones and covert military strikes, the newspaper said, citing a senior administration official whose name was not reported.
“We are looking to draw on all of the capabilities at our disposal,” the official said.
Speaking on condition of anonymity, officials said intelligence analysts still regard al-Qaeda and its allies in Pakistan as dangerous but the new assessment is the first since the Sept. 11, 2001, terrorist attacks that CIA experts say an al-Qaeda offshoot is a greater threat than the main al-Qaida cadre based in Pakistan, the Post said.
Part of the reason for the shift, officials said, is that Predator strikes in Pakistan have thinned the organization’s ranks.
“We see al-Qaeda as having suffered major losses, unable to replenish ranks and recover at a pace that would keep them on offense,” a senior U.S. official said.
An operative of al-Qaeda in the Arabian Peninsula, Anwar al-Aulaqi, was added last month to a U.N. list that requires member nations to freeze assets and institute a travel ban. He was involved in preparing Umar Farouk Abdulmutallab for the Dec. 25, 2009, attempted bombing of Northwest Airlines Flight 253, a U.S. State Department release said.