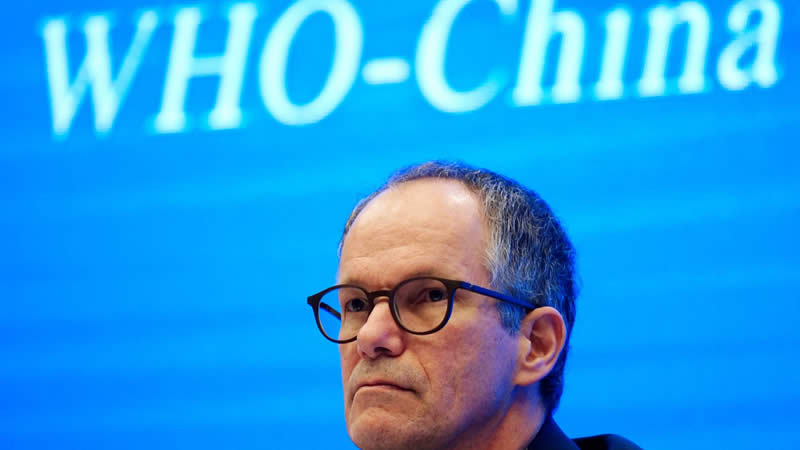 The WHO mission to China to uncover the origins of the coronavirus has failed to identify the source of the pandemic but the team on Tuesday ruled out the Wuhan lab-leak theory propagated by Donald Trump.

Experts believe the disease — which has killed more than 2.3 million people worldwide — originated in bats and could have been transmitted to humans via another mammal.

World Health Organization foreign expert Peter Ben Embarek said identifying the animal pathway remains a “work in progress”, and the absence of bats in the Wuhan area dimmed the likelihood of direct transmission.

It was “most likely” to have come from an intermediary species, he said. He also backed up China’s position that there was no evidence of “large outbreaks” in Wuhan before December when the first official cases were recorded.

Animals such as rabbits, ferrets and bamboo rats could be the intermediary, another team member Marion Koopmans added, saying they might be an “entry point” for further investigations.

Liang Wannian, head of the China side of the joint mission, said animal transmission remained the likely route, but “the reservoir hosts remain to be identified”.

Ben Embarek quashed the theory that a leak from a virology lab in Wuhan could have caused the pandemic.

“The laboratory incident hypothesis is extremely unlikely,” he said. It “is not in the hypotheses that we will suggest for future studies”.

The mission was a diplomatically knotty one — presaged by fears of a whitewash — with the US demanding a “robust” probe and China firing back with a warning not to “politicise” the investigation.

The WHO experts spent a month in China including two weeks in quarantine.

Liang said studies showed the virus could be “carried long-distance on cold chain products”, appearing to nudge towards the theory the virus was imported — an idea that has abounded in China in recent months.

Ben Embarek said “the virus can persist and survive in conditions that are found in these cold and frozen environments”.

“But we don’t really understand if the virus can then transmit to humans and under which conditions this could happen,” he said.

Beijing is desperate to defang criticism of its handling of the chaotic early stages of the outbreak.

It has tried to refocus attention on its handling and recovery while floating the theory that the virus emerged abroad and was brought into China possibly via frozen foods.

Koopmans said the next steps could include searching for “earlier circulation” of the virus.

Reporters were largely kept at arms’ length from the experts during their closely-monitored visit, but snippets of their findings crept out via Twitter and interviews.

Questions have been asked about the relevance of some of their activities to their stated aim of finding the virus source — including a visit to a propaganda exhibition celebrating China’s recovery from the pandemic.

The group spent just an hour at the seafood market where many of the first reported clusters of infections emerged over a year ago.

They also appeared to spend several days inside their hotel, receiving visits from various Chinese officials without venturing out into the city.

Research was carried out at the Wuhan virology institute where they spent nearly four hours. They met with Chinese scientists there including Shi Zhengli, one of China’s leading experts on bat coronaviruses and a deputy director of the Wuhan lab.

Scientists at the laboratory conduct research on some of the world’s most dangerous diseases, including strains of bat coronaviruses similar to Covid-19.

Former US president Donald Trump frequently repeated a controversial theory that a lab leak may have been the source of the pandemic.