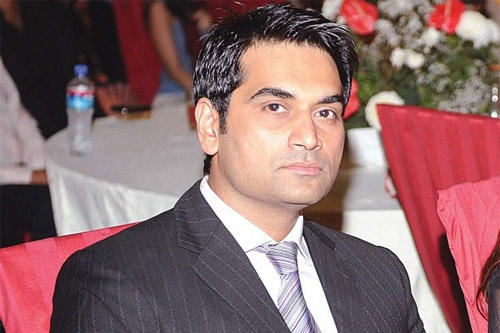 Renowned television and film actor Humayun Saeed was injured in a car accident in Bangkok. The accident took place early Sunday morning, shortly after he landed in the city and was finding a suitable hotel to stay in.

The driver was reversing the van Saeed was travelling in when it was hit by a double-decker approaching at full throttle.

The Main Hoon Shahid Afridi star, who was sitting in the front seat, was asleep when his van was hit, reportedly suffering the most injuries. He was accompanied by his wife Samina, his daughter and the crew of his upcoming untitled film, who suffered minor injuries.  [contentblock id=2 img=adsense.png]  Among the film’s crew were its co-producer Shahzad Nasib and director Nadeem Baig, who has previously helmed television dramas such as Pyaray Afzal. Vasay Chaudhry, the film’s writer and Saeed’s close friend, tells The Express Tribune, “Everyone is out of danger and Saeed is the only one who was severely injured. Thankfully, the MRI and X-rays are clear and there are no fractures or fatal injuries.”

Saeed, whose jaw line, upper torso and face were bruised in the accident, is expected to remain in the hospital for at least 10 days. The actor-producer’s forthcoming comedy film will be made under his home production Six Sigma Plus.

He was last seen in the trailer of the film Malik, a biopic centralising the life of real-estate tycoon Malik Riaz. He also has other projects in the pipeline, such as the Shaan and Adnan Siddiqui-starrer action film Yalghaar and comedy film Kambakht. -tribune