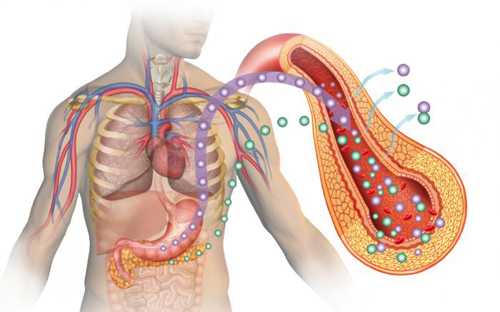 A rare set of genetic mutations found in fewer than one percent of the population may cut the risk of heart disease by 40 percent, researchers said Wednesday. The findings in the New England Journal of Medicine show how certain flaws in a gene called APOC3 work to reduce a certain type of fat found in blood, known as triglycerides.

About one in 150 people carry one of these four genetic mutations, said the findings based on a study of the DNA of nearly 4,000 people of European and African ancestry. Normal levels of triglycerides are generally less than 150 milligrams per deciliter (mg/dL). Among those with any of the four APOC3 mutations, triglyceride levels were around 85 mg/dL. “Based on our findings, we predict that lowering triglycerides specifically through inhibition of APOC3 would have a beneficial effect by lowering disease risk,” said senior co-author Alex Reiner, a research professor of epidemiology at the University of Washington’s School of Public Health.

Drugs already exist that can lower triglycerides — which like cholesterol are a type of lipid in the blood — but these have not been proven to lower the risk of heart disease, perhaps because they don’t lower the lipids enough, researchers said. Recent studies have also suggested that the long-running effort to improve Americans’ “good” cholesterol, or high-density lipoproteins (HDL), was not the magic bullet against heart disease that some experts had hoped.

“The combination of our genetic results, together with recent clinical trials of drugs that raised HDL levels but failed to prevent heart disease, are turning decades of conventional wisdom on its head,” said senior author Sekar Kathiresan, a Broad Institute associate member and director of preventive cardiology at Massachusetts General Hospital. “It has long been presumed that low HDL is the causal factor in heart disease, and triglycerides are along for the ride. But our genetic data indicate that the true causal factor may not be HDL after all, but triglycerides.” Heart disease is the leading killer in the United States, taking nearly 600,000 lives per year. -yahoo