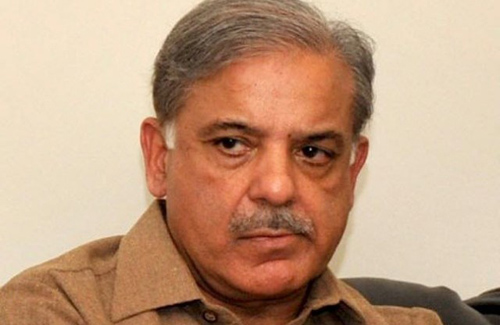 A special meeting of the Punjab cabinet presided over by Chief Minister Shahbaz Sharif expressed sorrow and grief over the loss of precious human lives in clashes with the police in Model Town on Tuesday.  According to a handout, the cabinet offered fateha for the departed souls and also decided to send a delegation of ministers to the Minhajul Quran International secretariat to condole with the movement leaders and families of the victims on behalf of the provincial government.

Addressing the meeting, Chief Minister Shahbaz Sharif said that all of us were shocked over this tragic incident.  He assured that the report of the judicial commission would be fully implemented and that no one would be allowed to change the evidence. Chief Minister Shahbaz Sharif said that CCPO, DIG Operations and Model Town SP have been transferred so that no one could influence the investigations. He said that he had never compromised on justice and that he could not even think of using the force during his tenure. He reiterated that deterrent punishment would be given to all of the persons responsible for this tragedy.  The members of the cabinet called the incident “highly con demnable” and said that sentiments expressed by Chief Minister Shahbaz Sharif at a press conference immediately after the incident reflected the feelings of elected representatives and officials of the government.

They said that the formation of the judicial commission was a commendable and positive step. Ministers, advisers, special assistants, chief secretary, home secretary, inspector general of police (IGP) and other officials concerned attended the meeting. The home secretary gave a detailed briefing on the background of the incident as well as on casualties that took place during the incident.  Meanwhile, Chief Minister Shahbaz Sharif has said that the government has launched the Punjab Health Reforms Road Map with the cooperation of United Kingdom’s Department for International Development (DFID) for the improvement of health sector. He said that a comprehensive plan had been evolved for the development of healthcare delivery system in order to ensure provision of modern treatment facilities to the masses. He expressed the hope that the road map would play an important role in extending quality health services to the people of the province on their doorsteps.

According to another handout, the chief minister expressed these views while presiding over a meeting to review the pace of implementation of the road map. DFID Special Representative Sir Michael Barber and Country Director Richard Montgomery especially attended the meeting. The chief minister directed the officials concerned that no effort be spared for achieving the targets of the reforms road map and that the process of collection of authentic data relating to health sector be expedited.  Chief Minister’s Adviser on Health Khawaja Salman Rafique, Special Assistants Dr Ijaz Nabi and Azmul Haq, MPA Dr Ayesha Ghous Pasha and other senior officials attended the meeting. According to another handout, Chief Minister Shahbaz Sharif has taken notice of death of a youth because of torture at Thikriwala police station in Faisalabad District and has sought a report from the IGP.

The chief minister directed that action be taken under the law against the officials responsible for the death of the youth. On the orders of the chief minister, the station house officer has been suspended and a case has been registered against him.  Meanwhile, the spokesperson for the Health Department has said that there is no truth in news items about pressurising the Jinnah Hospital medical superintendent into tampering with the records of persons injured in the Model Town incident. According to another handout, the spokesperson said that 20 injured persons were under treatment at Jinnah Hospital and that they were being provided the best treatment facilities. The spokesperson further said that the officer, who has been shown as a representative of the Punjab government, was on leave for the last three years. -dailytimes