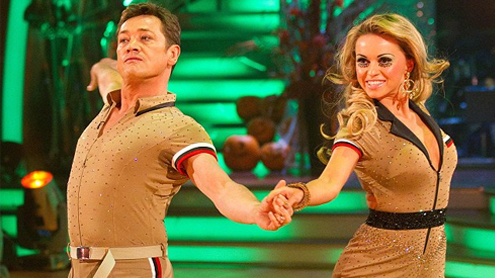 She’s Strictly’s golden girl, but she showed off her racy side on Saturday night’s live show. The Polish dancer might have had an emotional week after her mum fell ill, but she didn’t let it show as she wowed the crowd in a tiny playsuit.

They did badly on the leaderboard last week, so Ola knew that she had to pull out all the stops for their fright night routine.

Wearing her own version of the iconic Ghostbusters uniform, the dancer took to the floor with the EastEnders star.

She’s known for showing off her enviable legs, but on Saturday night Ola took it to a whole new level – DailyMail