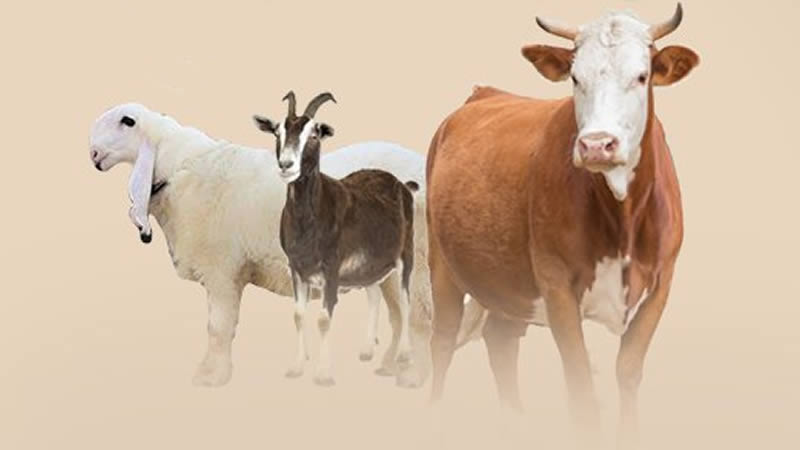 Unlike previous years, the trend of online booking for Eidul Azha sacrifices has increased because of the Covid-19 pandemic. Cattle dealers who have arranged an online booking for the purpose have increased their prices by 20 to 25 per cent. The price for each share of sacrificial animal has also been increased.

District administrations have prohibited the setting up of cattle markets in metropolitan cities, including Lahore, to contain the spread of the virus – a move which has led to a growing trend of online booking to carry out the sacrificial ritual.

Speaking to The Express Tribune, the head of an online sacrificial animal charity in Lahore Rana Mubasshir Hassan said he not only owns a cattle farm but also has contacts with other cattle farmers.

“Cattle vendors are now publishing photos and videos of their animals on social media platforms, predominately Facebook. A lot of customers from Pakistan and abroad are placing their orders and reservations for sacrifices,” Hassan said, adding that the price of each animal is determined by its weight, health, and age.

“We are selling the same animals as shown in the pictures and videos,” he explained. “My company does not cheat anyone because sacrifice is a religious duty, therefore, we are completely transparent in our dealings. The prices of animals are updated after every few days as the price of fodder and maintenance cost of these animals keep increasing over time.”

In addition to the sales of cattle, several companies and organisations are also offering online reservations for slaughtering animals. The focus of these companies is mostly on expatriate Pakistanis who pay for the animals of their choice through online money transfers while sacrificial meat from their animals is distributed according to their instructions. Edhi Foundation, Minhaj Welfare Foundation, Al-Khidmat Foundation, and the Shaukat Khanum Memorial Cancer Hospital and Research Centre, among others, have made arrangements for the slaughtering of animals and the distribution of meat for both single and shared sacrificial animals.

A resident of Lahore Habibullah Butt said that the current situation caused by the Covid-19 outbreak has made it difficult to keep the sacrificial animals at homes.

“We have booked three animals for our family and one of them is for my uncle who lives in Malaysia. We will receive the meat on the first two days of Eid,” Ahmed Hassan said.

Organisations involved in providing the sacrificial services are selling the animals at different rates. The price of goats and sheep offered by Shaukat Khanum Hospital is Rs22,000, while a single share in a cow is offered at Rs9,500, and a whole cow is priced at Rs66,500. The Edhi Foundation is offering goats and sheep for Rs11,000 each, while a share of collective sacrifice is priced at Rs7,500 and a whole cow at Rs52,500. Al-Khidmat Foundation has set the price of a share in a cow at Rs11,000 per head, while the price of a goat and sheep is fixed at Rs24,000.

In this regard, the Minhaj Welfare Foundation’s director Syed Amjad Ali Shah said his organisation has been arranging for collective sacrifices for the past many years.

“The service is mostly availed by overseas Pakistanis. This year, owing to the coronavirus situation in the country, our foundation is providing easy, safe, healthy, and low-cost sacrificial services for the convenience of our donors and supporters all over the country and abroad.”

Shah added that the foundation manages the entire process from the beginning to the end – from the purchase of animals to the sacrifice to the subsequent distribution of the meat, everything is taken care of by the foundation.

“Slaughterhouses with state-of-the-art facilities and hygienic practices are selected to fulfil this sacred duty,” he said. “We inspect the animals provided by the slaughterhouse and make sure that they are healthy and suitable for the ritual. We ensure that the slaughtering and processing of the sacrificial animal are carried out following the prescribed Islamic procedure and that this process is completed within the designated timeframe.”

On the other hand, some Muslim ulemas have expressed displeasure over the practice of online sacrifice. According to the Central Ulema Council Chairman Sahibzada Zahid Mahmood Qasmi, religious scholars have given the consensus that citizens should engage in collective sacrifices but should take services from only the organisations they trust.

“We reject online sacrifices on Eidul Adha or participating in sacrifices with certain organisations. There are benefactors in everything that comes under the commercial banner in Pakistan while we have hundreds of examples of fraud and deception every work,” Qasmi said, adding that sacrifice is a ritual of Islam and every Muslim considers it a Sunnah to do it with their own hands and feels heartfelt satisfaction by doing so. “An important task such as sacrifice cannot be entrusted to secular NGOs,” he said.