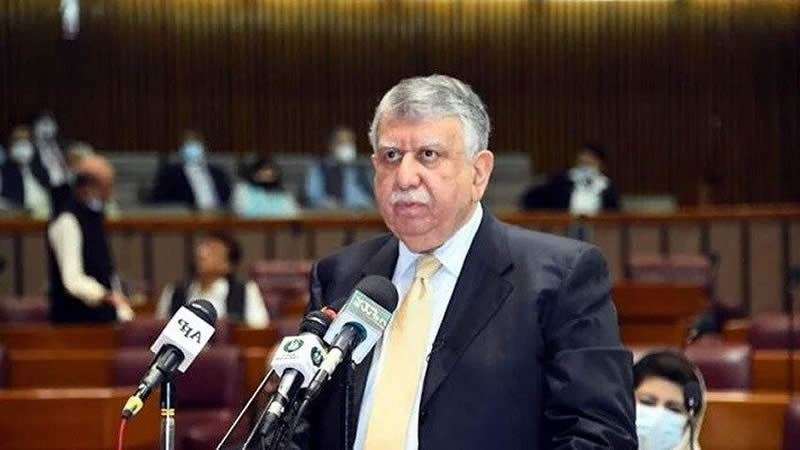 The lower house of parliament on Tuesday passed the budget for the fiscal year 2021-22 with a majority vote.

The federal budget was passed with a total outlay of Rs 8.487 trillion, with around 19 per cent additional allocations compared to last year’s Rs 7.137 trillion

The National Assembly session was held under the chairmanship of Speaker Asad Qaiser where Prime Minister Imran Khan was also present.

PPP leaders Asif Ali Zardari and Bilawal Bhutto also attended the session. However, the leader of opposition in the National Assembly Shehbaz Sharif was not present in the budget session.

The opposition parties opposed the Finance Amendment Bill, which was presented by Finance Minister Shaukat Tarin.

Despite the opposition protest, the bill sailed through the National Assembly with 172 votes while 138 votes were cast against it.

The amendments proposed by the opposition in the finance bill were rejected by the house.

Having a total outlay of Rs8,487 billion, the budget 2021-22 envisages incentives and measures for various sectors to promote business activities and provide relief to the general public.

The federal employees have been granted 10 per cent ad hoc relief besides 10 per cent increase in pensions.

The minimum wage has been enhanced to Rs20,000 per month.

The annual PSDP has been increased by 40 per cent from Rs630 billion to Rs900 billion. Rs100 billion has been earmarked for the construction of hydropower dams including Dasu, Diamer Basha, Mohmand and Neelum Jhelum.

The growth target of 4.8 per cent has been set for the next fiscal year with tax collection target of Rs5,829 billion.

Allocation for Ehsaas programme has been enhanced from Rs210 billion to Rs260 billion for the next fiscal year.

An amount of Rs682 billion has been earmarked for subsidies which were Rs430 billion during the outgoing fiscal year.

The budget provides zero-rating to export of IT services. Tax relief has been given for locally manufactured cars up to 1000CC whilst various tax exemptions and concessions have also been given to encourage the manufacturing of electric vehicles in the country.

Rs66 billion has been allocated for the Higher Education Commission and Rs10 billion for Kamyab Jawan Programme.

The budget also envisages the allocation of $1.1 billion for procurement of Covid-19 vaccines.

Earlier, Finance Minister Shaukat Tarin moved a motion in the lower house of the parliament to begin the proceedings.

The minister assured the house that the targets set in the budget will be achieved. According to him, the budget has given a roadmap to uplift four million households by providing interest-free loans to them.

He further stated that the households will be provided Sehat Insaaf cards, adding that the inhabitants will be equipped with technical skills.

According to the minister, the core inflation currently stands at 7 per cent. He admitted that prices of food items had spiked, but said that it was because of the agriculture sector being ignored in the past.

The government, he added, was spending Rs62 billion to uplift the economy. Exemptions valuing billions of rupees were being given on account of fertilizers and pesticides.