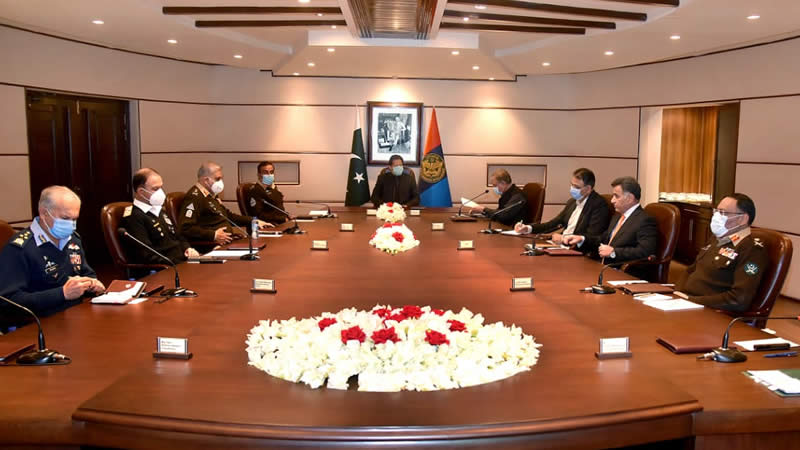 The meeting, held at the Inter-Services Intelligence Secretariat in Islamabad, involved a comprehensive briefing and a discussion on enhanced intelligence cooperation.

The statement added that the prime minister appreciated the ongoing efforts and “expressed satisfaction over the performance of National Intelligence Coordination Committee”.

On his arrival, the premier was received by Director General Inter-Services Intelligence Lieutenant General Faiz Hamid and was also attended by federal ministers Sheikh Rashid, Fawad Chaudhry and heads of services intelligence agencies, FIA and the IB.

The NICC was notified by the government on January 22, 2021, and is “a platform for intelligence coordination and cooperation for unified and wholesome national intelligence assessment”.

Earlier in May, the prime minister appreciated the diligent efforts of the ISI for national security and expressed his satisfaction over its professional preparedness.

A comprehensive briefing was given to the civil and military leadership on the regional and national security situation during the visit.