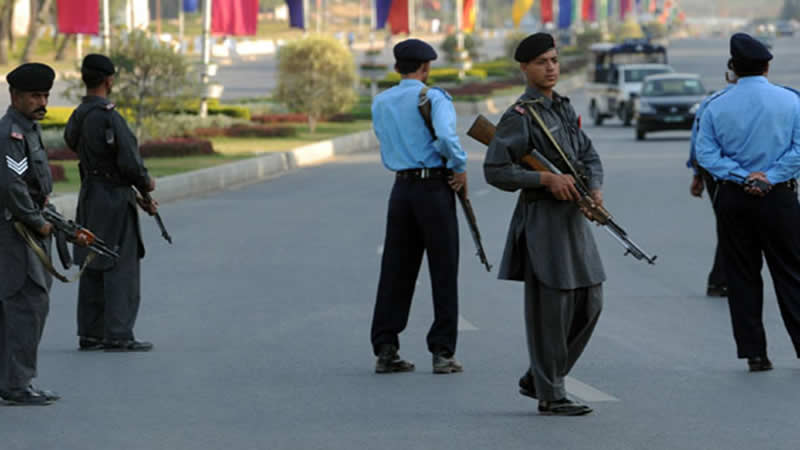 A mob attacked a police station in the capital on Monday night in an attempt to lynch a man detained on a charge of blasphemy.

Senior police officers told Dawn that dozens of villagers wielding batons and iron rods attacked the Golra police station, asking the police for the custody of the suspect held for investigation into a complaint lodged against him on a blasphemy charge.

Acting on the complaint when law enforcers brought the suspect to the police station, scores of people gathered at its gate that the personnel had locked to keep the angry villagers outside. However, they managed to enter the police station after overpowering the guards.

The officials said they started damaging the offices of moharrar, investigating officers and the station house officer (SHO).

During the attack, the policemen tried to protect themselves as well as the suspect by locking themselves up in the lock-up and other rooms. They then sought help from a police contingent. Upon getting information, police reinforcement, including personnel of counterterrorism department, anti-terrorist squad and anti-riot unit reached the spot and rescued the staff.

They resorted to excessive teargas shelling and baton-charged the protesting villagers who also put up resistance. However, after over an hour-long effort, the police succeeded to disperse them and get the police station vacated.

It was not confirmed till the filing of this report late into night how many policemen were injured in the attack.

While there was a complete blackout in the police station and its vicinity, the police shifted the man suspected of committing blasphemy to an undisclosed location under strict security.

The police cordoned off the locality and various police teams were patrolling the area on foot while all routes leading to the police station were sealed. ATS, CTD and ARU contingents were deployed at all the sealing points.

Assistant Inspector General of Police Mohammad Usman Tipu said there was information about the attack on the Golra police station, but “let things get clear and we will share details”.