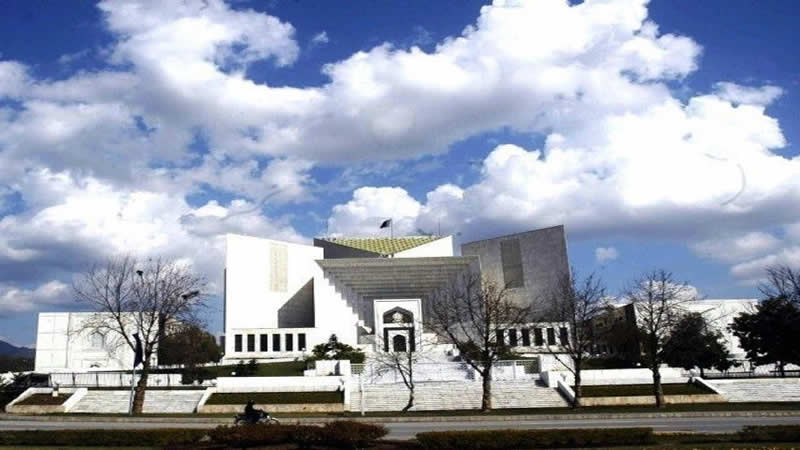 The Supreme Court was informed on Wednesday that the federal government was seriously considering reviving the dormant oxygen generation plant of Pakistan Steel Mills (PSM) that could meet the oxygen needs of the entire country in the wake of the Covid-19 pandemic, but an amount of about Rs1 billion was needed to make the plant functional.

The French-made PSM’s oxygen plant that is 30 to 40 years old could be made functional subject to availability of necessary equipment and parts, Additional Attorney General (AAG) Sohail Mahmood told a three-judge SC bench that had taken up a suo motu case relating to the preventive measures taken by the federal and provincial governments to curb the spike in coronavirus cases.

Chief Justice Gulzar Ahmed, who was heading the bench, wondered why the plant was not being utilised even though it was capable of meeting the oxygen requirements of the entire country.

The court ordered the government to utilise the PSM’s oxygen generating capacity and ensure smooth supply of oxygen to hospitals without any obstruction. It also directed the industries ministry to ensure proper regulation of oxygen cylinder prices and announce a proper price mechanism within two days.

The directives came when the advocate general for Khyber Pakhtunkhwa informed the court about exorbitant and huge fluctuation in prices in the market and rampant misuse in sale of oxygen cylinders in the province.

AAG Mahmood also informed the court that the government had appointed a special committee consisting of the PSM chief executive officer, a member of the Engineering Development Board, the head of Plant Operations Pakistan Oxygen (Pvt) Ltd and a representative from Pakistan Army to look into the possibility of reviving the PSM’s oxygen generation plant and submit a proper feasibility report in this regard.

Chief Executive Officer of the Drugs Regulatory Authority of Pakistan (Drap) Asim Rauf assured the apex court that there was no shortage of medicines or medical devices in the country, including ventilators, except for Actemra injections used for critical Covid-19 patients. However, a fresh bulk consignment of the injections is arriving in one or two weeks that will ensure sufficient availability of the critical medicine.

The Supreme Court, however, was not happy with the affairs of the National Disaster Management Authority (NDMA), which made cash payments for import of machinery, clearing customs duties, etc. “We cannot accept this and need to deal with it deeply,” the chief justice said, regretting that it appeared to be some sort of scam in the NDMA affairs.

The chief justice also regretted that Al-Hafeez (Pvt) Ltd, which was awarded a contract for import of certain machinery to manufacture N-95 masks, seemed to be only a shell company, wondering why the Pakistan Embassy in China was used as a purchaser of equipment or engaged to charter flights instead of doing diplomatic functions.

“We don’t understand why cash payments were made instead of using proper banking channels,” the chief justice wondered while rejecting a report furnished by the NDMA.

“It seems that NDMA report begs too much answers and needs to be further examined,” the chief justice observed and ordered the NDMA chairman to appear in person and inform the court about the current status.

The chief justice was also not happy with spending of millions of rupees on a quarantine centre at Haji Camp, Rawalpindi, as if a “new Taj Mahal” had been built, but the centre still lacked running water, proper toilets and other essential amenities and was also in a shambles as it lacked a proper sitting arrangement.

The NDMA chairman assured that he would visit the centre and furnish a proper report highlighting the condition of all quarantine centres.

Pakistan International Airlines Managing Director Arshad Malik informed the Supreme Court that PIA had dismissed from service 776 employees on fake educational degrees, but 33 of them had acquired stay orders from the courts.

“How the national flag carrier would operate when the airline is burdened with employees who have fake degrees,” the chief justice regretted, adding that the counsel for PIA was not pursuing the cases in courts properly.

The court ordered the PIA’s managing director to approach office of the Attorney General of Pakistan to get assistance in vacating the stay orders from courts.

The court was also not happy with spending of $2,600m by the Sindh government on Sindh Education Sector Reform Project during 2013-17, saying had the same amount been spent properly the universities and colleges of the province would have “attained the standard of Harvard University”.

The court also took exception to the absence of Advocate General for Sindh Salman Talibuddin and sought a written reply explaining the reasons for his absence from the proceedings.

The case will be taken up again after a month.