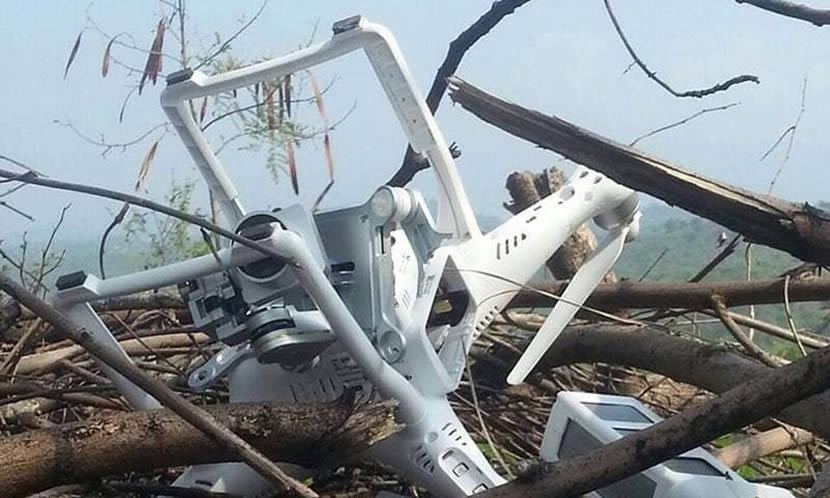 ISLAMABAD: Pakistan Army on Wednesday said it had shot down an alleged Indian ‘spy drone’ after it intruded Pakistani territory near Bhimber along the Line of Control. “The spy drone is used for aerial photography,” said the Inter-Services Public Relations (ISPR) in a brief statement.

The incident comes just days after ice breaking meeting between Prime Minister Nawaz Sharif and his Indian counterpart Narendra Modi in Russia. In a joint statement issued after the talks, the two countries decided to arrange meetings of senior military officials to lower tensions along the LoC, a de facto border that divides Jammu and Kashmir.

It is not clear whether the latest incident will have any impact on the proposed interaction between the two militaries. However, the picture of the downed drone provided by ISPR showed that it was of a commercial, variety. Industry experts said the small, unarmed model was openly sold for aerial filming and would contain no secret military technology.

A photo supplied by the Pakistani military appeared to show a Chinese-made DJI Phantom 3, said Huw Williams, the Unmanned Systems Editor at IHS Jane’s International Defence Review. “Due to its limited operating range – about two km – if the Indian military is using the system it would most likely be for close reconnaissance or security work,” Williams said.

Later, The Hindustan Times reported that a spokesperson for the Indian military said that: “No drone or UAV crash of the Indian Army has taken place.”

The Indian high commissioner in Islamabad was summoned to the Foreign Office on Thursday. Foreign office spokesperson Qazi Khalilluah confirmed on Wednesday evening that the Indian diplomat had been summoned and that the issue of the ‘Indian spy drone’ and violation of Pakistan airspace would be raised.