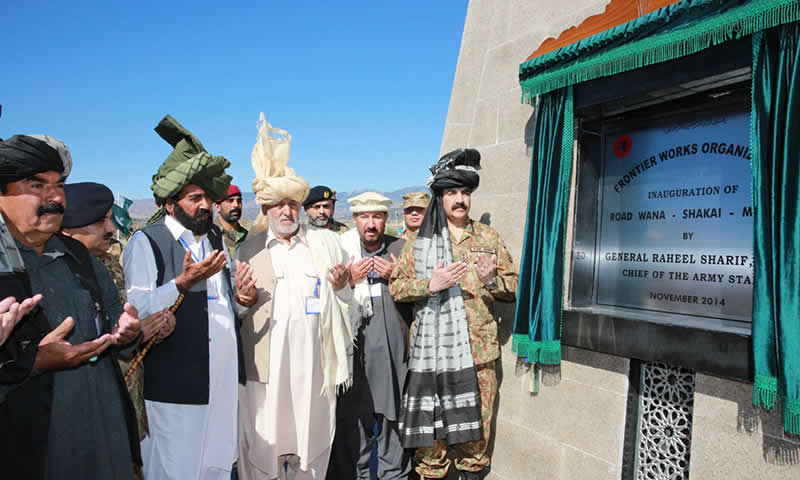 “The new school will go lengths in propelling local youth to professional colleges,” he said. The army chief inaugurated 132 KV Grid Station and 54 KM Transmission Line Wana for locals, Bajwa said, adding that it was their long standing demand. Addressing a large gathering, the COAS said that these development projects would improve quality of life of common people, create job opportunities and usher this area into economic prosperity, which was our main objective. The army chief also inaugurated 62 KM DIK-Tank Road, which was part of 705 KMs long Central Trade Corridor linking Afghanistan and that it would reduce travel time substantially.

He assured that rehabilitation plan will be fully executed and that temporarily displaced persons (TDPs) will return as planned to better and much developed region. Ops Zarb-e-Azb is in final stage in fewer left pocket. With nation’s support, army successfully evicted terrorists. The army chief appreciated the sacrifices of tribal brothers. Terrorists, he said, will never be allowed to return and army won’t go back till job is fully done The army chief urged tribals to continue supporting security and rehabilitation operations to achieve end objective of enduring peace and prosperity in these areas According to Bajwa, tribesmen thanked the COAS for fulfilling promises. – SAMAA