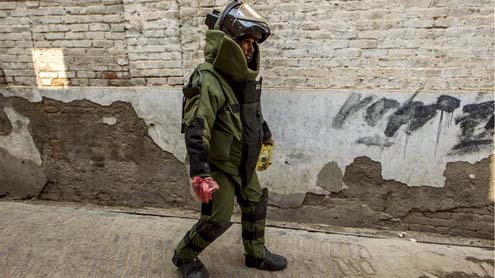 A police source said that the BDS was called in after information of a bomb was received. Additional contingents of security and rescue teams had also reached the site. The disposal squad reached the spot and defused the explosive device which was fitted with a timer device and weighed five kilograms, the source added.

The area was cordoned off as a probe into the incident went underway. Peshawar is the capital city of the restive Khyber Pakhtunkhwa province. Dawn