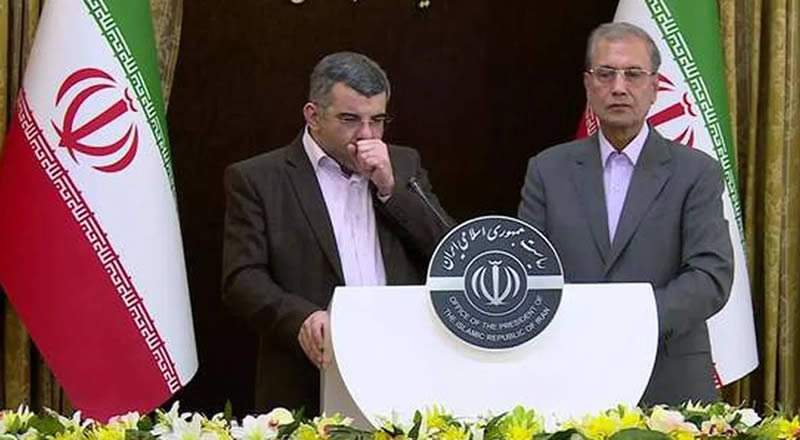 Iran’s deputy health minister and an MP have both tested positive for the new coronavirus, as it struggles to contain an outbreak that has killed 15.

The country is one of three hot-spots outside China causing concern that the virus could be becoming a pandemic.

The deputy minister, Iraj Harirchi, on Monday denied covering up the scale of the outbreak. He appeared in physical discomfort as he spoke to reporters.

Iran has reported 95 cases, but the actual number is thought to be higher.

The director general of the World Health Organization (WHO) has said the sudden increase in cases in countries outside China is “deeply concerning”.

US Secretary of State Mike Pompeo said on Tuesday that Washington was concerned that Iran may have concealed “vital details” about its outbreak and urged all nations to “tell the truth about the coronavirus”.

More people have died in Iran from the virus than anywhere else outside China. The two countries have strong trading links.

The other countries currently in the spotlight are South Korea and Italy, where cases have surged in recent days.

More than 80,000 cases of the Covid-19 respiratory disease have been reported worldwide since it emerged late last year. About 2,700 patients have died – the vast majority in China.

But the situation in Iran – home to holy sites that attract millions every year and in a region where several countries have weak health systems – has caused great concern about a potential mass outbreak in the Middle East.

Of the current hot-spots outside China, Iran is the most concerning because of the lack of an accurate picture of how widespread the outbreak really is, said Dr Nathalie MacDermott, an expert in infectious diseases at King’s College London.

Most of the reported cases have been people who are elderly and dying, she said. “It seems like we’re hearing about the tip of the iceberg and missing that chunk underneath who may be younger and may not be particularly unwell.” – Source – BBC