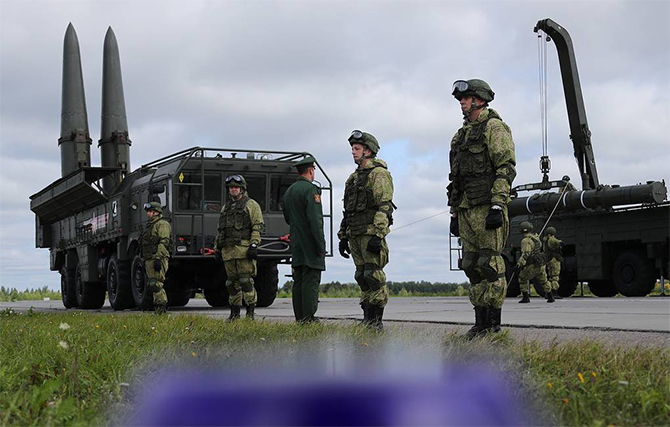 Pakistan Army is participating in a week-long multinational massive military drills ‘TSENTR 2019’ (Centre 2019) under the ambit of Shanghai Cooperation Organization (SCO) in Russia, the military’s media wing said on Tuesday.

Apart from host Russia, military contingents from all SCO member states including Pakistan, Kazakhstan, Kyrgyzstan, China, India, Tajikistan and Uzbekistan are taking part in this international exercise scheduled to be held from September 16-21 on the Russian soil.

Pakistan has sent a sizeable team of personnel from the Army for the exercise.

The maneuvers started on Monday in Orenburg, south of Russia’s Urals in an area near Kazakhstan, and will culminate in the deployment of 128,000 soldiers carrying or working with 20,000 military equipment or weapons. The drills also include a total of 600 military aircraft and 15 warships.