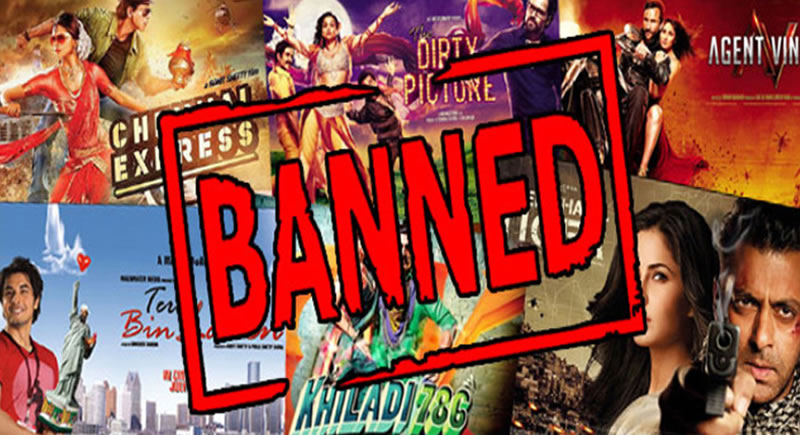 Pakistan said on Thursday it would ban the screening of Indian films in the country’s cinemas, as tensions between the two countries rise over the contested Kashmir region.

“No Indian cinema will be screened in any Pakistani cinema. Drama, films and Indian content of this kind will be completely banned in Pakistan,” Firdous Ashiq Awan, an adviser to Pakistan Prime Minister Imran Khan said in a tweet.

Awan, special assistant to Prime Minister Imran Khan on Information and Broadcasting, shared this action was in retaliation to India’s abrogation of the Constitution’s Article 370, which gave special status to the state of Indian occupied Kashmir and allowed it to have a separate constitution, a state flag and autonomy over the internal administration.

After the government announced the banning of Indian films from its cinemas across the nation, members of the Indian film fraternity say it does not make any difference to India and that it is Pakistans loss.

However, Indian trade analyst Komal Nahta told IANS that, strictly from the business point of view, the ban will affect the box-office.

“Pakistan had become a hot territory especially for big films with big star cast. Indian films did depend upon Pakistan for a fairly good amount of overseas buisness. Specially, (for stars like) Salman Khan, Shah Rukh Khan and Aamir Khan, their films used to do very well there,” said Nahta.

“There will be piracy. It’s not that people will not watch our films. It is just that officially the money will not come to India. Pirates will make hay while the sun shine,” Nahta added.

In recent times, Pakistan has banned various Hindi films owing to different reasons. While Raazi, Aiyyari, and Parmanu: The Story Of Pokhran are among films to have been banned owing to politically objectionable content, Mulk was banned because the country’s censor board felt the film’s portrayal of Muslims in India was not right.

Talking to the media outside Parliament House on Thursday, Awan shared government was making various efforts to highlight the current Kashmir situation internationally.

These include consultations at the United Nations by Pakistan’s Representative Maleeha Lodhi, and contacting heads of governments of other countries, besides diplomatic engagements.

Besides films, every other Indian cultural content has also been banned in the country.