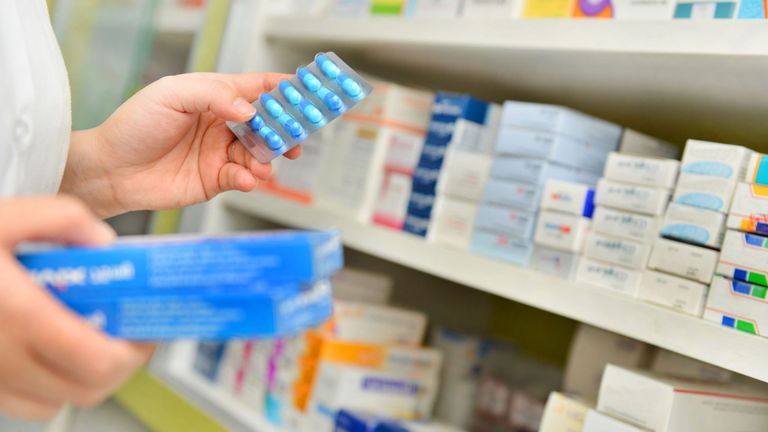 Pharmaceutical companies have increased prices of various medicines – following devaluation of the local currency and stringent Drug Regulatory Authority of Pakistan (DRAP) regulations – to such an extent that prices of medicines required for the treatment of potentially deadly diseases have been increased by Rs399.

Moreover, the price of Concor, a medicine for the treatment of blood pressure, has been raised from Rs162 to Rs235. The cost of Disprin has been increased by Rs27. Many pharmaceutical companies have increased the prices of life-saving drugs by themselves, which in turn has put lives of patients in misery. The federal government has been facing strong criticism over the increase in the prices of medicines. According to the data released two days ago, inflation skyrocketed to a five-year high of 9.41 percent in March year-over-year. The facts came to surface when the State Bank of Pakistan raised its key interest rate by 50 basis points to 10.75 percent to contain further inflation, Dunya News reported on April 1.

In April 2014, inflation was recorded at 9.1 percent. According to statistics, inflation rose by 6.7 percent from July till March in the current fiscal year, while inflation rose by 1.42 percent in March compared to February. Statistics further determined that rate of tomato increased by 315 percent, green pepper by 151 percent, peas by 54 percent and cucumber by 45 percent in March 2019 as compared to rate of these essential commodities in March 2018. Moreover, rents of apartments or houses in inner city have been raised by 47 percent.

The rates of compressed natural gas (CNG) rose by 25 percent. In March 2019, as compared to the corresponding period of 2018, prices of diesel and household cylinders increased by 14 percent. Rate of grains such as lentils have been increased by 22 percent, sugar by 18 percent, and meat by 13 percent. On the other hand, Finance Minister Asad Umar has claimed that the rate of inflation in the tenure of the PTI is lower as compared to the PML-N and PPP’s former governments in first six months of their respective tenures.