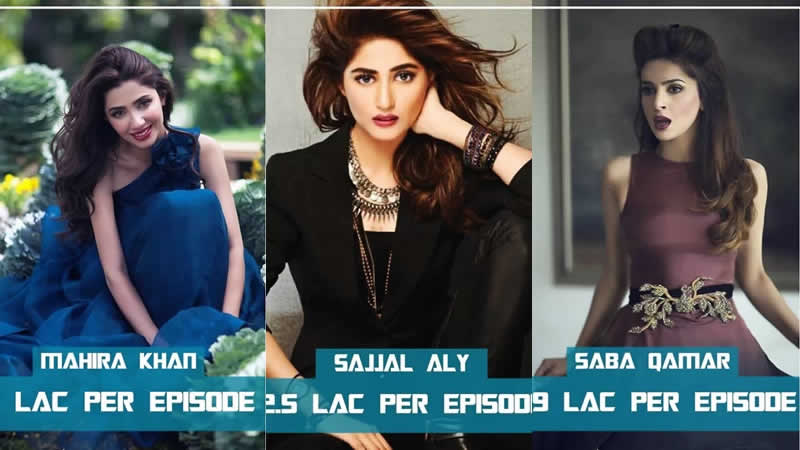 Our Pakistani entertainment landscape is ruled by beautiful and talented women, renowned for their success, charm, and charisma! With the thriving media industry, the demand for our actresses is also on the rise.

Haven’t you always wondered how much these celebrities charge per project? To appease your curiosity, we have selected the top 10 highest paid television actresses in Pakistan, revealing the details of the amount each charge per episode. 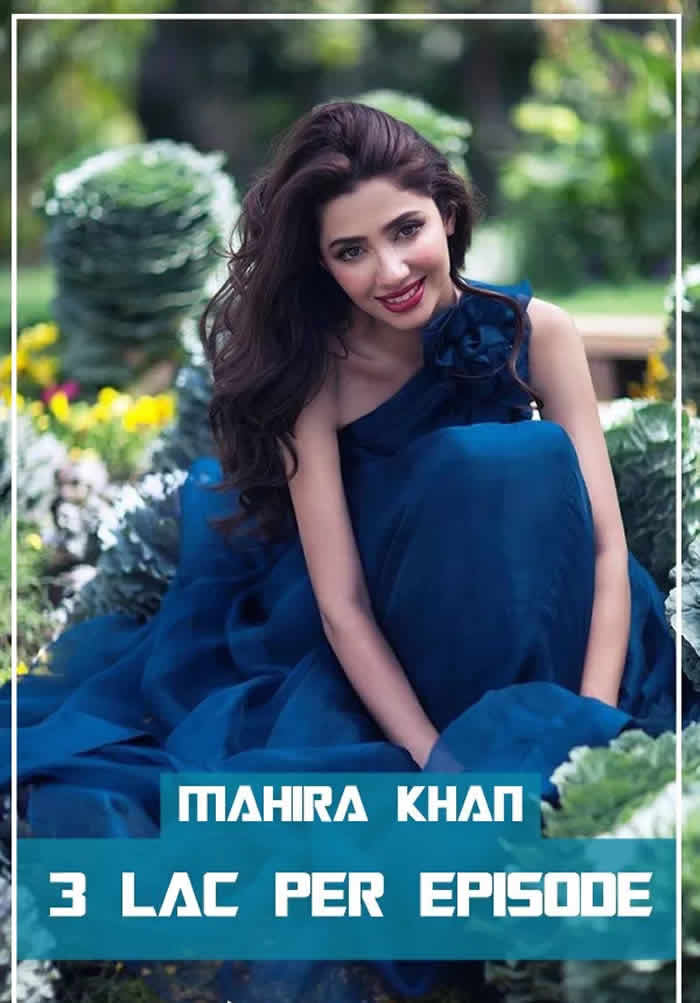 Earning a total of 3 lakh per episode, the Queen of hearts, Mahira Khan is currently the highest paid Pakistani actress. With highly successful dramas like Humsafar, Shehr-e-Zaat & Sadqay Tumharay under her belt, the actress has won many accolades for her talent and hard work, both nationally and Internationally. We wish her all the best for the upcoming Bollywood debut movie Raees, releasing January 2017 alongside King Khan of Bollywood. 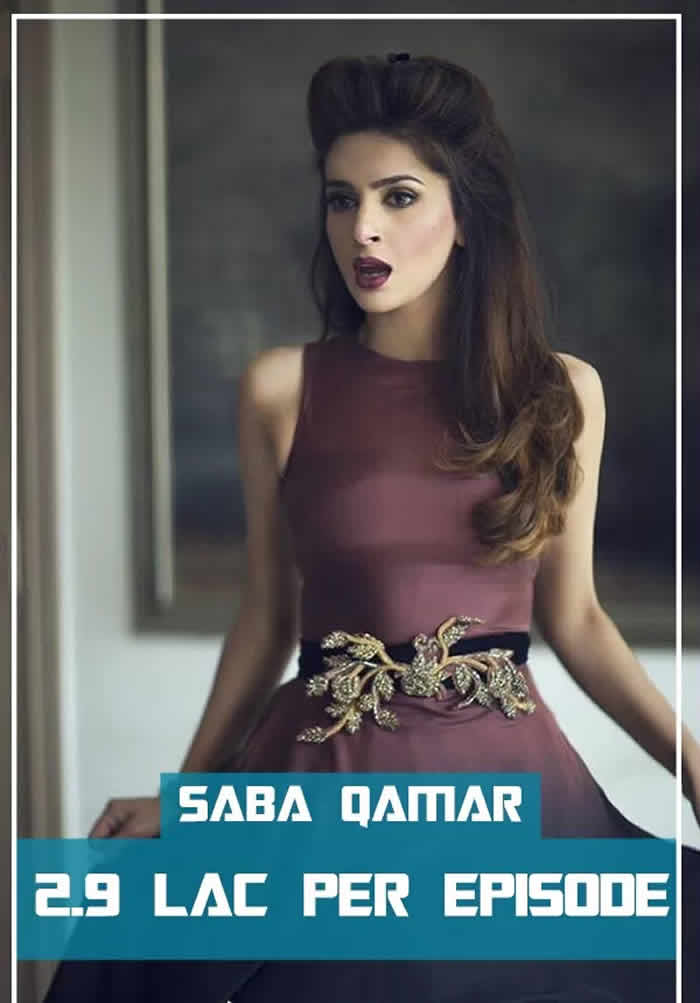 With exceptional performances in standout dramas like Maat, Digest Writer, and Besharam, the talented starlet has made quite a mark in the entertainment industry. Saba Qamar charges 2.9 lakhs per episode in Pakistani dramas! Shocked right? We were too! 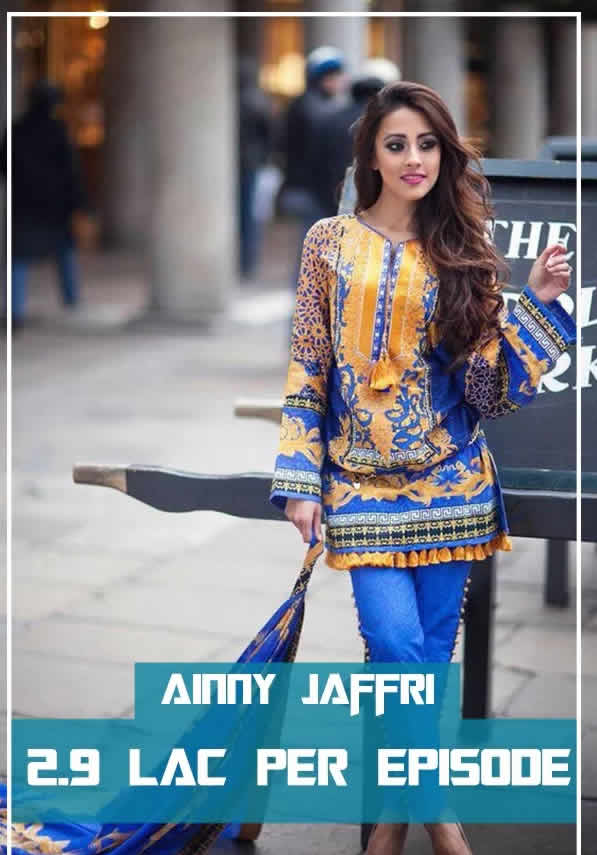 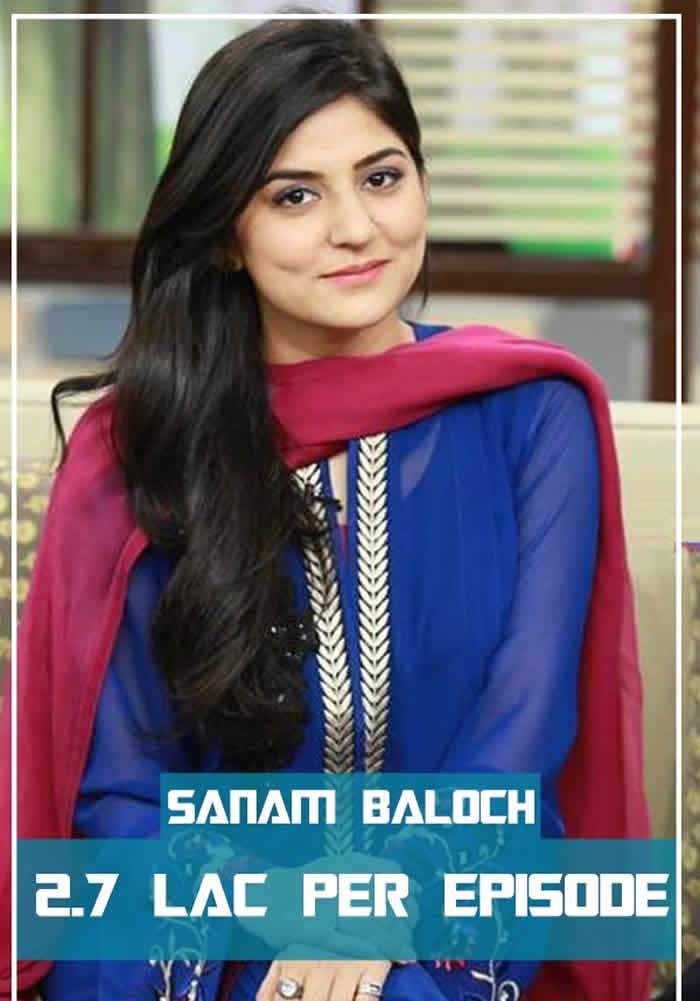 A natural beauty with a golden heart, Sanam Baloch is a true emblem of inspiration for today’s youth. Ever since the actress set foot in dramas, she has managed to conquer our TV screens with her versatile roles and charismatic personality. The talented actress earns a well-deserved sum of 2.7 lakh per episode. Some of her best work includes Daastan, Daam, Kankar, Nadamat, Durr-e-Shehwar, and the recent telefilm Aik Thi Mariam. Sanam, you truly makes us proud! 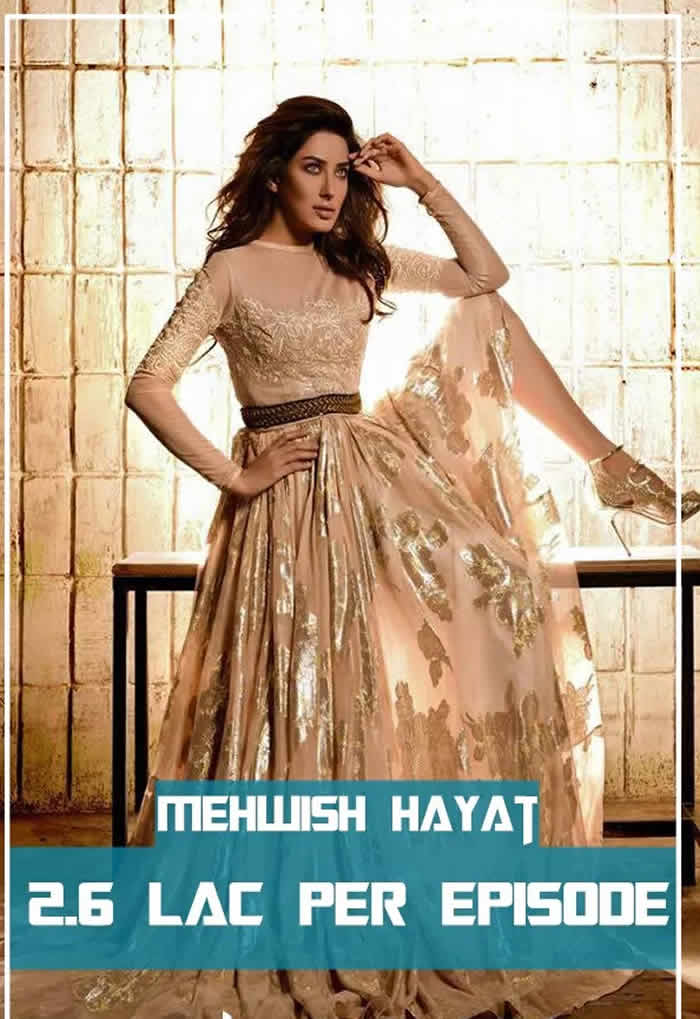 The style diva of our entertainment industry, Mehwish Hayat sure has come a long way! From being a model to an ultimate damsel in distress in TV series, and now a movie star, Mehwish Hayat is soaring high and there is no stopping her. Even though the actress has not been seen in any dramas lately, inside sources reveal that Mehwish charges 2.6 lakhs per episode! 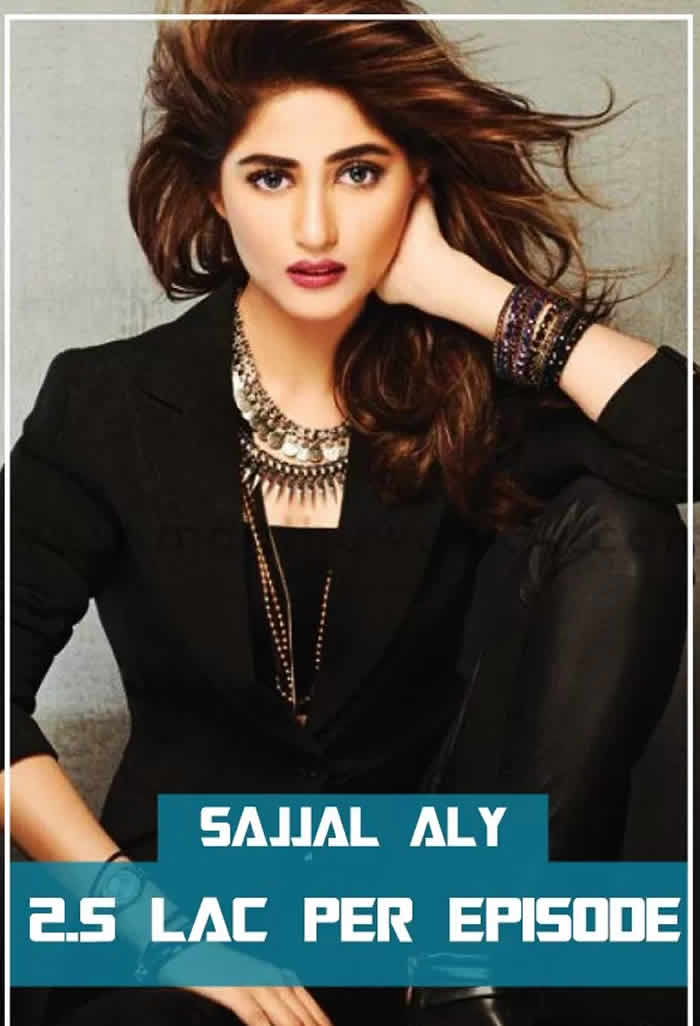 From a doe-eyed girl next door to television queen, Sajjal Aly has managed to build a successful media career all on her own! Back in 2014, the actress earned 15 lakh per series, the buzz is she now charges 2.5 lakhs per episode. Woah! Way to go Sajal. The starlet started her career back in 2011 with Mehmoodabad Ki Malkain and gave us superhit dramas like Gul-e-Rana, Chup Raho and Aasmano Per Hai Likha. 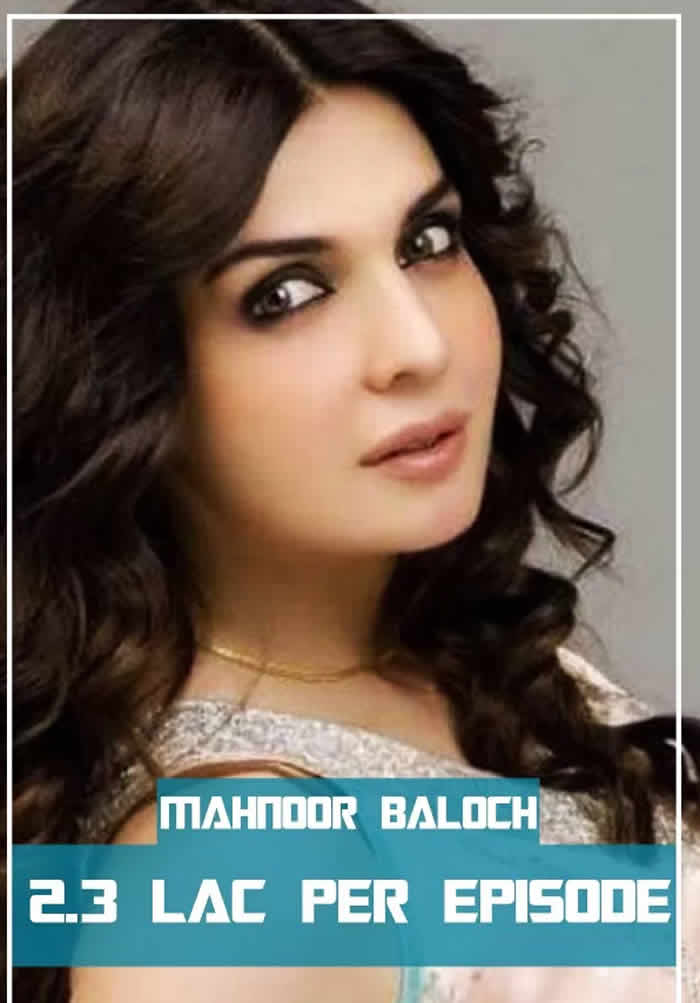 The evergreen Pakistani beauty, Mahnoor Baloch has been dazzling fans with her looks and charm for decades! The actress has yet sustained her place in the highly competitive and thriving Pakistani media industry and is known to earn a 2.3 lakh per episode. Besides being an actress, Mahnoor is also a model and a film director. She made her TV debut back in 1993 with drama serial Marvi. 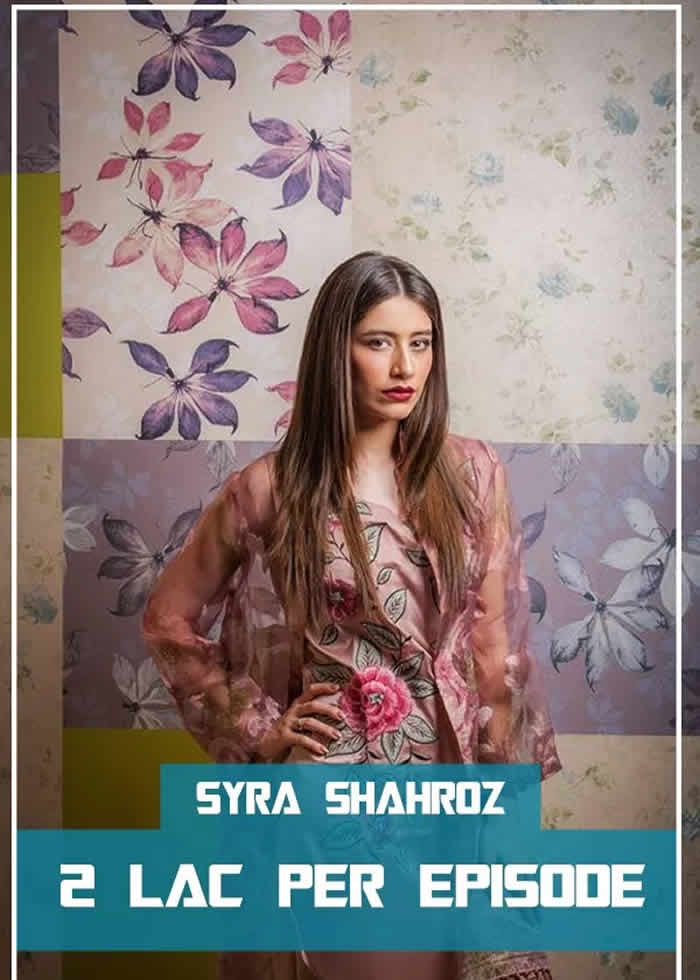 The ultimate fashionista of our entertainment landscape, Syra Shahroz has come a long way since her VJ-ing days. With major brand endorsements and dramas under her belt, the actress & model rightfully earns, 2 lakhs per episode. The darling doll of Pakistan Syra made her TV drama debut with Mera Naseeb back in 2011. Mohabbat Rooth Jaye Toh, Tanhaiyaan Naye Silsilay & Ru Baru are some of her other prominent works. 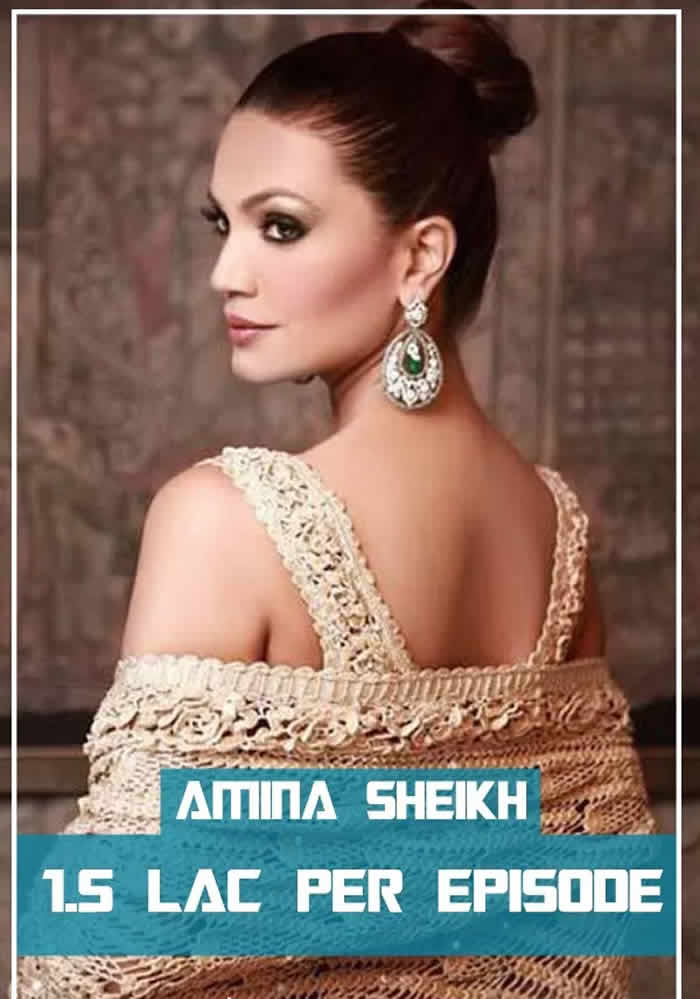 Garnering wide recognition for female-centric, strong roles, Amina has been affiliated with the acting industry since 2008. The super talented actress has roped in several fans over the years with her stellar performances in every drama that she ever signed. Amina earns 1.5 lakhs for each episode. Making her TV debut with Baarish Main Deewar, the actress’s outstanding works include, Dil-e-Naadan, Daam, Uraan, Main Abdul Qadir Hun, Mera Saeein, Maat & Jackson Heights. 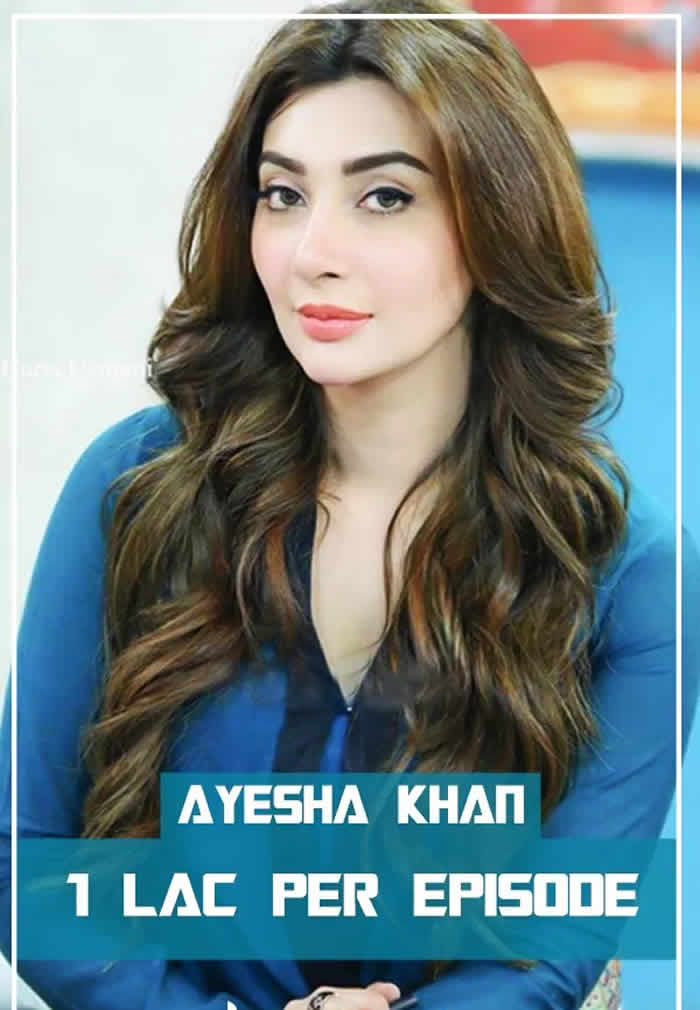 Khan has been giving us stellar performances for the past 16 years! Making her debut with a PTV drama in 2000, Ayesha has done several drama projects. Few of her outstanding acts include Kaafir, Vasl, Parsa and many others. Ayesha is currently making waves with her ARY Digital drama ‘Khuda Mera Bhi Hai’. The very versatile actress earns, 1 lakh per episode.