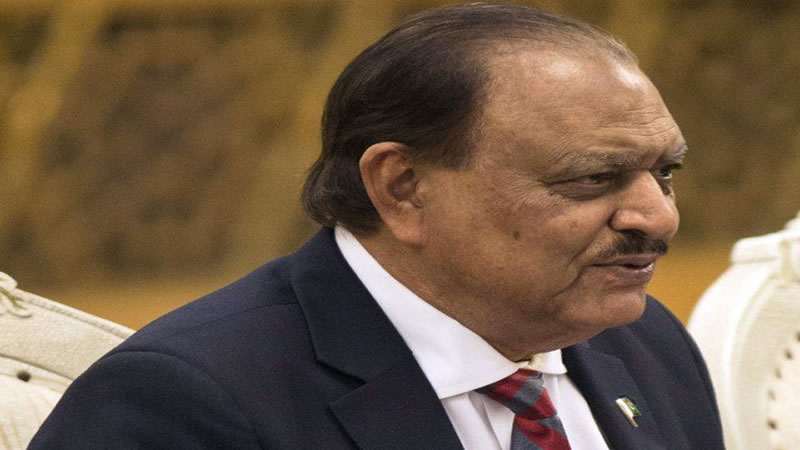 President Mamnoon Hussain said on that Pakistan and China had forged a consensus on power projects and numerous infrastructure and were determined due to their efficient implementation and timely completion.

President Hussain said that forging greater regional connection through infrastructure development and transnational trade was key to abundance which it would bring advance not merely in China and Pakistan however in the whole area.

He stressed the need for selling people-to-people connections between China and Pakistan. President Hussain praised President Xi’s perspective of ‘One Gear, One Road’ that includes the ‘Silk Route Monetary Belt’ and ‘Maritime Cotton Route’ and accepted the Silk Road Fund’s institution. He also congratulated China for developing the Asian Infrastructure Investment Bank (AIIB). Executive Vice Premier Zhang Gaoli thanked President Hussain for joining events being presented in China. He said that in a global high in problems, China was able to use Pakistan and other countries to jointly advance peace.

Mr Zhang named President Hussain a “veteran statesman” who was focused on selling friendly relationships between China and Pakistan. He said that Pakistan was China’s all-weather friend and a companion while the two places had a history of sincere friendship. He said that China supported counter terrorism functions being conducted by the Pakistan government for removing terrorists and indicated pleasure over the actions taken by Pakistan for Asian employees working in Pakistan’s safety and safety.

He indicated the trust that the agreements signed to Pakistan during President Xi’s trip could be executed for wealth and growth. He explained the China-Pakistan Economic Corridor (CPEC) might help promote industrial growth and build big employment opportunities for the people of Pakistan. He said he was privately monitoring the execution of the CPEC tasks and added that the strategy could look after limited- and long term requirements of both countries. Mr Zhang said that China was decided to consider this project forward, putting he was committed to finishing the assignments within the time period fixed for them.

President Hussain expressed satisfaction that working groups on transportation electricity, infrastructure and Gwadar made development, adding that Pakistan needed China’s continuous assistance for swift completion of the jobs. He extended an invitation to Mr Zhang to visit Pakistan at his convenience. Later, a party was managed by Mr Zhang in honor of President Hussain. Ambassador to China Masood Khalid and China’s ambassador to Pakistan Solar Weidong, Perfect Minister’s Special Assistant Tariq Fatemi were present about the event.