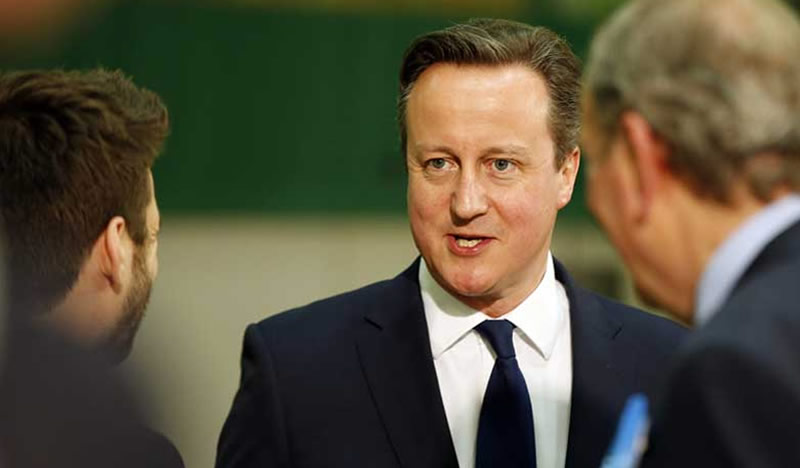 Results in Britain’s general election began trickling in within an hour of the polls closing. The first three seats of the night all went to the opposition Labour Party but that was expected and not a trend.

The seat of Houghton and Sunderland South in northeast England was the first of the U.K.’s 650 constituencies to complete the traditional election-night ritual.

Votes are counted by hand and the candidates, each wearing a bright rosette in the color of their party line up on stage like boxers as an official reads out the results. Overall, Thursday night’s exit poll is predicting that the ruling Conservatives would capture 316 seats in the House of Commons, with Labour taking only 239. The rise of the anti-European Union, UK Independence Party (UKIP) has been one of the stories of this year’s British general election.

However, Britain’s exit poll on Thursday evening predicted UKIP would win just two of the 650 seats in the House of Commons. The party which advocates tight controls on immigration and withdrawing from the 28-nation EU, had risen to run third after the Conservatives and Labour in pre-vote opinion polls, backed by voters in economically deprived areas. Britain’s electoral system does not allot seats on voting shares. So UKIP, whose vote is spread across the country, looked likely to come second in many local races but win few.

UKIP leader Nigel Farage has said he will quit if he does not win the seat he is contesting in the Thanet South constituency. The exit poll for Britain’s general election is differing strongly from opinion polls conducted during the monthlong election campaign. Earlier polls had put the ruling Conservatives and the opposition Labour Party neck-and-neck with about a third of the votes each.

But Thursday’s exit poll, based on interviews with 22,000 voters, is projecting the Conservatives will get 316 seats up from 302 and far more than had been predicted in the 650-seat House of Commons. It says Labour Party get 239 seats down from 256. The exit poll says the junior partner in the current coalition government, the Liberal Democrats, would shrink from 56 seats to 10, and the Scottish nationalists would grow from six to 58 seats. The survey was conducted by pollsters GfK and Ipsos MORI for Britain’s broadcasters and released as polling stations closed at 10 pm (2100 GMT).