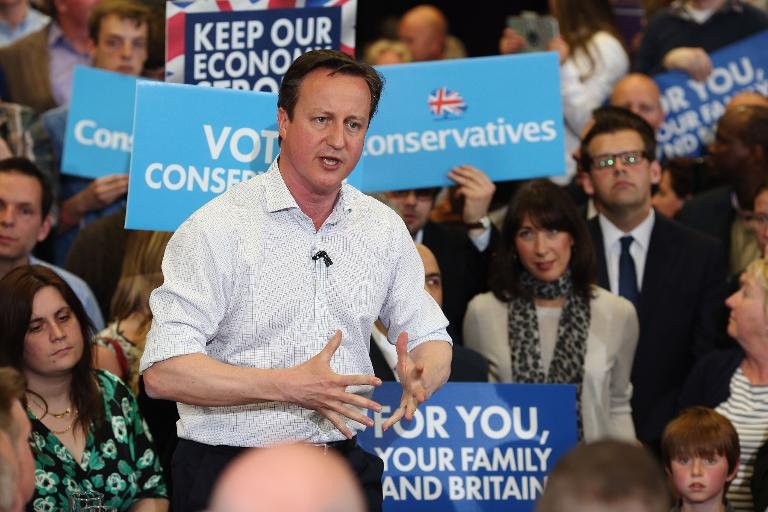 Britain’s political leaders prepared for a final frenetic 48 hours of campaigning from Tuesday ahead of Britain’s knife-edge general election on Thursday.

With polls showing the two main parties neck-and-neck and unlikely to win a majority in Thursday’s vote, power will likely hinge on the performance of smaller parties such as the Scottish National Party (SNP) and the Liberal Democrats. Cameron will urge voters to back his party and avoid the “instability” he argued would result if a single party did not win a strong mandate. “Back-room deals. Bribes. Ransom notes. Chaos.

Not just for the week after the election. But for five long years,” he said in pre-released remarks, in an appeal to those considering voting for smaller parties. Miliband has described the election as a “clash of two visions” and tried to hang the remaining election battle on contrasting plans for the state-funded National Health Service. “In the final few days of this general election, the future of the NHS is at risk in the way it hasn’t been for a generation,” Miliband said on Monday.

The latest BBC poll of polls out Saturday gave the centre-right Conservatives 34 percent and centre-left Labour 33 percent. The populist UK Independence Party were on 14 percent, the centrist Liberal Democrats eight percent, the left-wing Greens on five percent and others on six percent.

These figures would leave both major parties well short of winning the 326 seats needed for an absolute majority in parliament’s lower House of Commons — meaning lengthy negotiations to form alliances could follow Thursday’s vote. The unpredictability of the election was underlined when a row broke out between the Conservative and the Liberal Democrats who have been their junior coalition partners since 2010.