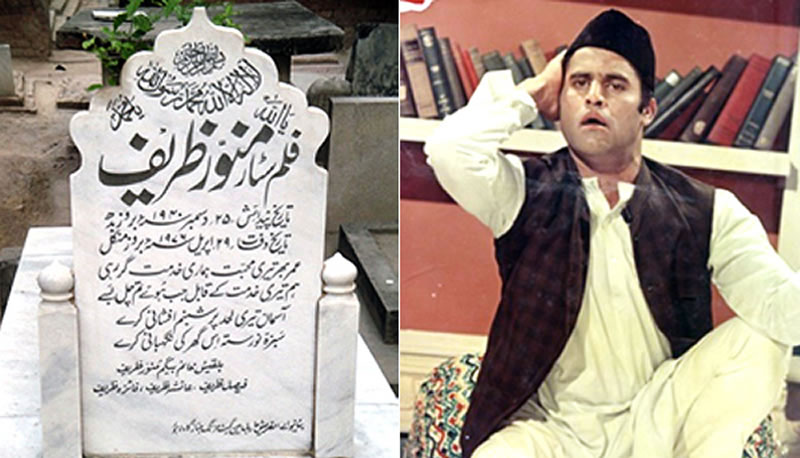 Today marks the 39th death anniversary of prolific Pakistani actor and comedian, Munawar Zareef. Gone but not forgotten, it has been 39 years since Munawar Zareef has left this world and a multitude of fans.

Starring in over 300 films, Munawar was a noted actor of his time. Munawar Zareef was born on 2nd February 1940 at Gujranwala. Munawar’s father was a government officer.

Muhammad Munawar pursued a career in the entertainment industry under the pseudonym Munawar Zarif, after his brother Zarif passed away in his prime age. Hence, Muhummad Munawar became Munawar Zareef. Whenever Munawar Zareef used to star in a film, film enthusiasts could not hold back their uncontrollable laughter at his comedic portrayals. Each film that starred Munawar was laced with his trademark hilarious performances, which drew delightful praises and felicitations from admirers.

His fans named him ‘Shehenshah-i-Zarafat’ or the ‘King of Humor’. Owing to his brilliance and acting skills, Zareef was able to carve out a place for himself among the numerous comedians who were quite popular in the Pakistani film industry at the time. Munawar Zareef was the leading comedian and actor at a time when the industry had famous comedians such as Nirala, Sultan Khosat, M.Ismail, Zulfi, Khalifa Nazir and Diljeet Mirza. With a film career spanning 16 years, Munawar Zareef starred in 300 Urdu and Punjabi films.

He debuted in the 1961 Urdu film Dandiya. After performing mediocre roles for a brief period, things took a turn for the better when he bagged a role in the Punjabi film Hath Jori. Hath Jori proved to be the film that catapulted him to national fame and established him as a prestigious actor. Munawar and comedian Rangeela formed a duo which is till this day, considered as one of the best comedy duos to ever emerge from the subcontinent.

Annually, 20 to 25 films starring Munawar Zareef used to be released. His renowned films include Banaras Thag, Mauj Mela, Shokan Melay Di, Daaman aur Chingari, Chakar Baaz and Badtameez. Owing to liver complications, Munawar Zareef wasn’t able to live a longer life and passed away at the age of 36. At such a short span of life, he starred in over 300 films. Munawar Zareef, Pakistan’s celebrated comedian and film actor, breathed his last on 29th April 1976 in Lahore.