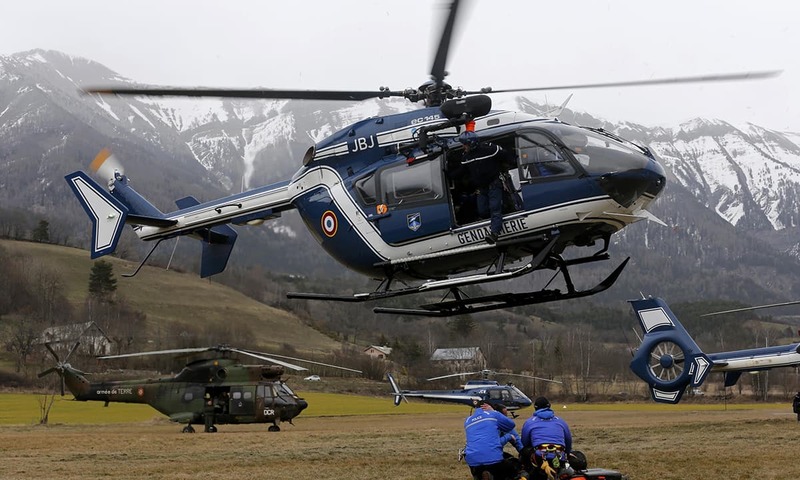 A German airliner crashed near a ski resort in the French Alps on Tuesday, with all 150 people on board pronounced dead, in one of the worst ever plane disasters in the country.

France’s transport minister said there were “no survivors” from the crash of the Germanwings Airbus A320.

The airline believes there were 67 Germans on the flight. Spain’s deputy prime minister said 45 passengers had Spanish names, while one Belgian was also on board. Also among the victims were 16 children and two teachers from the Joseph-Koenig-Gymnasium high school in the town of Haltern am See in northwest Germany. The circumstances of the accident, that are not yet clear, make us think there are not thought to be any survivors,” President Francois Hollande told reporters. The plane was travelling from the Spanish coastal city of Barcelona to the German city of Duesseldorf when it went down in the Barcelonnette area in southeastern France. The airliner, which was carrying 144 passengers and six crew, issued a distress call at 10:47 am (0947 GMT), civil aviation authorities said. “The debris of a passenger plane has been found in the region of Barcelonette,” said interior ministry spokesman Pierre-Henry Brandet. He said “major rescue efforts” had been mobilised. The plane belonged to Germanwings, a low-cost affiliate of German airline Lufthansa, based in Cologne.

“We’ve never had a total loss of aircraft in the company’s history until now,” a company spokeswoman told AFP. The single-aisle A320 typically seats 150 to 180 people. Interior Minister Bernard Cazeneuve immediately headed to the scene while Prime Minister Manuel Valls said he had called an inter-ministerial crisis cell. “We don’t know the reasons for the crash, we clearly fear that the 142-150 passengers and personnel have been killed considering the circumstances of the crash,” said Valls. “All is being done to understand what happened and to help the families of the victims,” he said. Germanwings had no immediate comment on what caused the crash. “We have recently become aware of media reports speculating on an incident though we still do not have any confirmed information,” it said in a statement. “As soon as definite information is available, we shall inform the media immediately,” it said, urging people to monitor its website www.germanwings.com. The company said its flight 4U9525, from Barcelona to Düsseldorf, reached its cruising altitude of 38,000ft at 10.45am, almost 44 minutes into the flight.

The aircraft’s contact with French radar, French air traffic controllers ended at 10.53 am at an altitude of about 6,000 feet. The plane then crashed,” Lufthansa unit Germanwings’ Managing Director Thomas Winkelmann said. The airline said it is still not known why the plane went into descent. Winkelmann also said routine maintenance of the aircraft was performed by Lufthansa on Monday. The aircraft was bought by Lufthansa, the parent company of Germanwings, in 1991 and had last received a thorough inspection in 2013. The German carrier also issued details of the pilot, who had over 6,000 hours of flying time during his ten years with Lufthansa and German wings. A spokesman for Airbus, the European aerospace giant, said it could not make any comment “for the moment”. “We have no information on the circumstances of the accident,” the spokesman told AFP, adding that the company had opened a “crisis cell”.