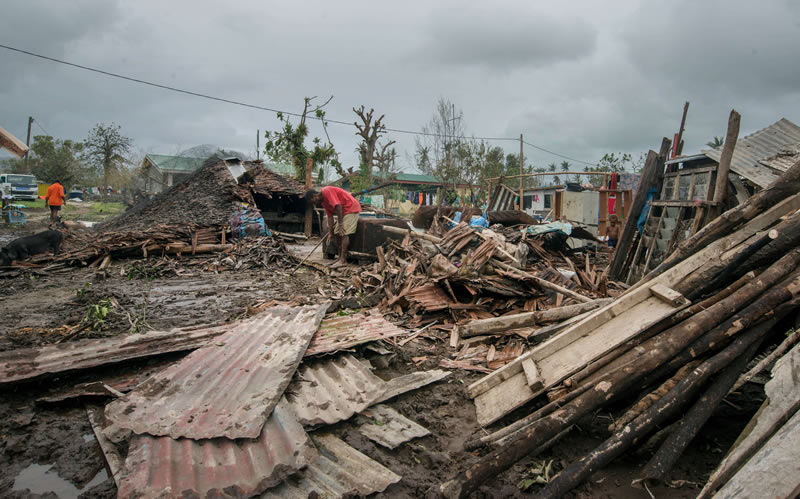 The UN says at least 24 people are confirmed dead and more than 3,000 people displaced by a massive cyclone that hit Vanuatu.

Disaster management officials and relief workers are still struggling to establish contact with remote outer islands that bore the brunt of Cyclone Pam’s winds of more than 300 kph on Friday and Saturday.

Aid agencies and rescue teams from Australia and New Zealand have flown over the islands, but have so far been unable to land because of flooding, the Reuters news agency reported on Monday. The helicopters will be able to land on higher ground, giving rescue workers a clearer picture of the overall impact. Baldwin Lonsdale, the country’s president, said that the island nation has lost years of development progress and must “start over” after the cyclone ravaged most of the islands’ buildings.

“This is a very devastating cyclone in Vanuatu. I term it as a monster, a monster. It’s a setback for the government and for the people of Vanuatu,” the president said. A 6pm to 6am curfew had been imposed in the capital to prevent looting, said Colin Collett van Rooyen, Oxfam’s country manager. Al Jazeera’s Andrew Thomas reporting from the capital Port Vila, said ”

The displaced people are spread across 37 evacuation centres, about a hundred people at each.”  “That may not sound like many, but that is because most people are staying with their homes, no matter how ruined they may be, not only to start some rudimentary repairs, but also to protect what little they are left with.

There have been a number of reports of looting, people stealing from destroyed houses.” Officials anticipate that number will rise once they are able to land on the outer islands of the scattered archipelago to inspect the damage there. “We have no contact of any sort with the outer islands, the priority is to get communications up and running. It’s very, very concerning that we haven’t heard anything from the outlying islands,” Joe Lowry, a spokesman for International Organisation for Migration (ILM), said.