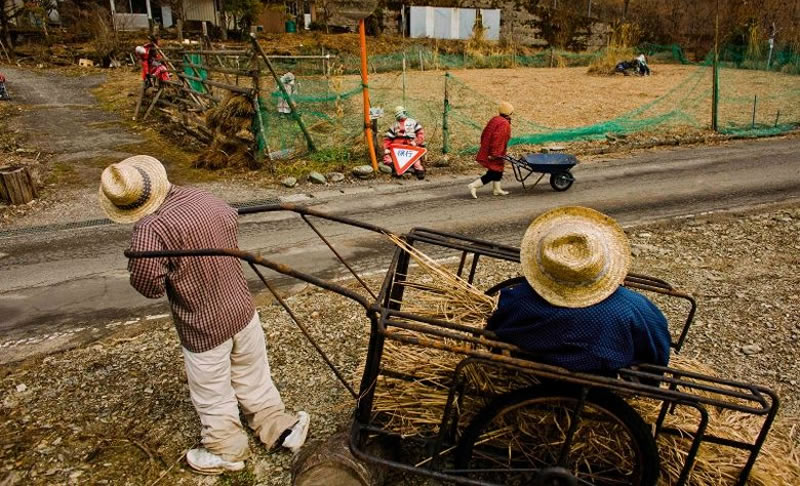 Tsukimi Ayano made her first scarecrow 13 years ago to frighten off birds pecking at seeds in her garden. The life-sized straw doll resembled her father, so she made more. And then couldn t stop. 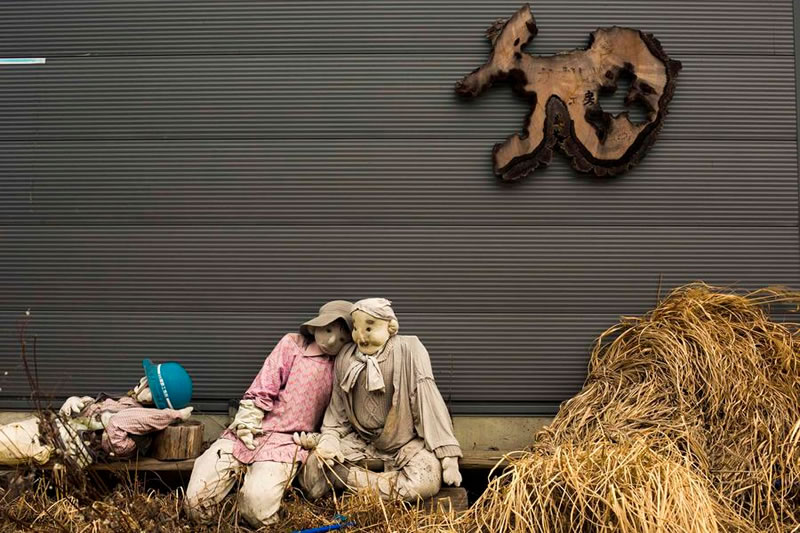 Today, the tiny village of Nagoro in southern Japan is teeming with Ayano s hand-sewn creations, frozen in time for a tableau that captures the motions of everyday life. Scarecrows pose in houses, fields, trees, streets, and at a crowded bus stop – where they wait for a bus that never comes.

“In this village, there are only 35 people,” said Ayano. “But there are 150 scarecrows, so it s multiple times more.” Nagoro, like many villages in Japan s countryside, has been hit hard by inhabitants flocking to cities for work and leaving mostly pensioners behind. 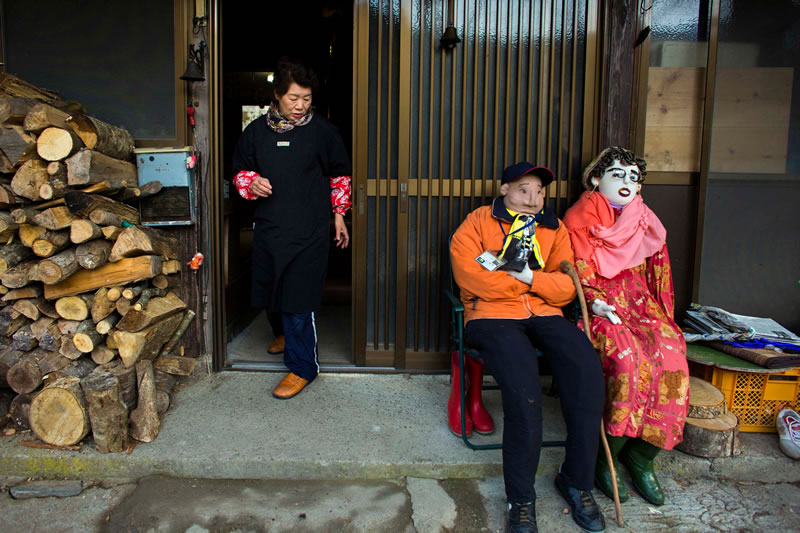 Its graying community is a microcosm of Japan, whose population has been falling for a decade and is projected to drop from 127 million to 87 million by 2060. At 65, Ayano is among the youngest residents of Nagoro. The village school was shut in 2012 after its two pupils graduated. But the building is now occupied by Ayano s scarecrows: students at their desks and in corridors, a teacher by the blackboard, while a suit-wearing school principal looks on.

Each of the 350 scarecrows crafted by Ayano over the years was built on a wooden base, with newspapers and cloth used to fill them out. They are often dressed in hand-me-downs, and the ones propped up outdoors lined with plastic to keep them dry. Still, the weather plays spoilsport and Ayano has often had to replace scarecrows exposed to the open air. 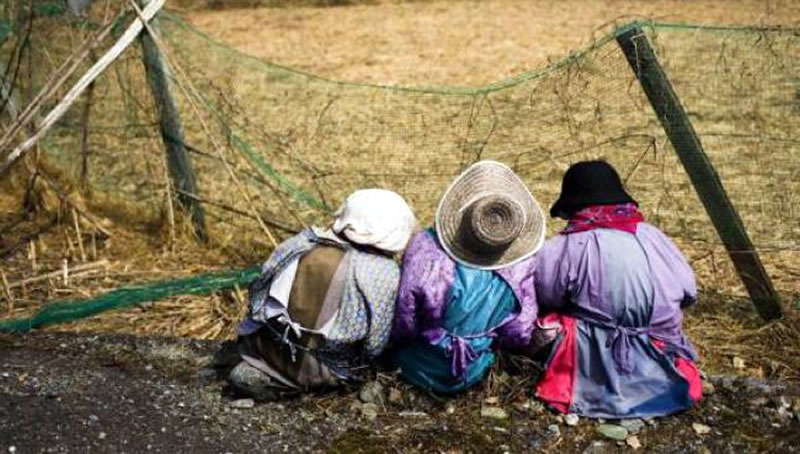 Sometimes, the new ones she makes are made to order, usually in the likeness of young people who have left Nagoro or residents who have died. “They re created as requests for those who ve lost their grandfather or grandmother,” said Osamu Suzuki, a 68-year-old resident. “So it s indeed something to bring back memories.”

Tourists have started to come too, drawn by the two lifeless delegates guarding the road leading to the village, next to a board identifying Nagoro as “Scarecrow Village”. Ayano is happy to show her work to visitors, as long as she is not disturbed while watching her favorite television soap opera. On her daily rounds, she walks around the village bidding her motionless creations a good morning and tends to their needs.