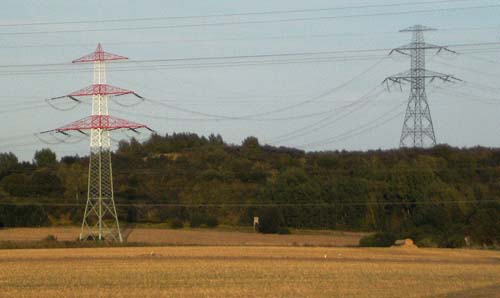 The tripping of five of the 10 units of Mangla Dam Powerhouse on Sunday reduced hydel generation by about 550MW and served to lengthen durations of outages. Official sources said the problem began at about 1am when a fault in the powerhouse’s unit No 4 resulted in eruption of a fire.

The Wapda staff managed to put out the fire in about an hour, but the fault in unit No 4 led to the tripping of four other units, an official told Dawn. He said the staff succeeded in making three units functional by 12 noon and restoring supply of 300MW to the national grid. (Efforts to make the remaining units functional were continuing at about 10pm when this report was filed.)  One of the units could be made functional within hours but work on the last one could take a couple of days, the official said.

Meanwhile, the tripping of the five units led to increase in electricity shortfall to 3,550MW, forcing distribution companies to implement a load shedding schedule of six to nine hours across the country. According to a report of the National Transmission and Dispatch Company, the total demand and generation at 10am was 16,900MW and 13,350MW, respectively. The total generation included 4,650MW, 1,650MW and 7,050MW supplied to the national grid by hydel projects, thermal plants and independent power producers, respectively.  -dawn