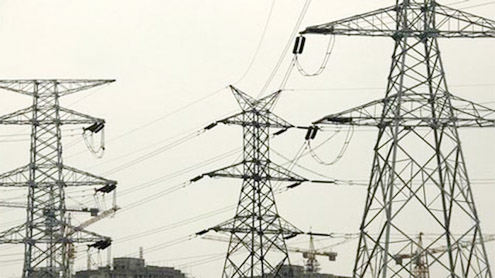 LAHORE: Power shortfall in the country on Tuesday went beyond 5,600 MW causing prolonged unscheduled electricity load shedding in several parts of the country in the un-relinquishing heat.

Lahore was one of the worst affected areas in this regard as almost half the city remained without electricity on Tuesday for a large part of the day.According to reports, out of the 318 feeders that are part of the city’s grid system, more than 200 had tripped. As a result areas including Harbanspura, Fataygarh, Shalamar, Mehmood Booti, Badami Bagh, Shadbagh, Misrishah, Sannat Nagar, Islampura, Samnabad, Johar Town, Township, Defense, Gulberg, Shadman, Ichra, Shah Jamal, Wafaqi Colony, Faisal Town, Garden Town and many others received no electricity for almost the entire day.

In Rachna Town of Shahdra, the electricity transformer of the entire society has been dysfunctional for the past six days, which means that the area has not received power for a whole week while authorities have not responded to numerous complaints, claim residents. In a similar case, Mazghar Colony on Multan Road has been facing continuous power outage for the past two days because the transformer there has given up.

With summer starting to peak and load shedding hours correlating positively with rising mercury levels, annoyed citizens started coming out of their homes across various regions in the country to register their protest over inhumane electricity load shedding in such heat.Per reports, electricity load shedding duration in different cities has increased in the past month.Rural areas face outages for up to 20 hours per day while urban areas suffer for more than 16 hours each day.

In one protest demonstration against excessive and persistent load shedding in Budhber area of Peshawar, protesters blocked the Peshawar-Kohat Road for traffic, burnt tires and chanted slogans against the government. They also had with them banners and placards inscribed with slogans against Water and Power Development Authority (WAPDA) and Peshawar Electric Supply Company (PESCO).

Similarly, angry citizens in different areas of Swat also protested against power load shedding and called for early action to provide them with relief. Residents of Tehsil Matta in Swat staged a protest demonstration and blocked Mingora Road for traffic, which created problems for school children and government employees in reaching their respective destinations.They said power outages had led to serious shortage of water in different localities and people had to fetch water from far-off tube wells.

They said it was the responsibility of the government and WAPDA to provide uninterrupted power supply to consumers as people of the area had been regularly paying their electricity bills.Both these protests dispersed peacefully.Residents of Sheikhupura, Faisalabad and Sukkur also took out rallies against power outages and shouted slogans against load shedding which they said, had made their lives miserable.

Irked by prolonged power outages, residents of Faisalabad took to roads on Tuesday and went on a rampage during their protest, ransacking first, an office of WAPDA and later making their way towards the Faisalabad Electric Supply Company (FESCO) grid station.Holding clubs and stones in their hands, hundreds of protestors attacked WAPDA’s sub-divisional office on Sheikhupura Road.

The infuriated protestors also clashed with police who resorted to aerial firing and chased people in response to stone-pelting.At the FESCO grid station, the protestors damaged furniture.The unruly mob looted several shops on the city’s Lahore Road while police remained on the lookout for miscreants.Eventually, the law enforcers had to barge into several homes to round up dozens of rioters. – PT