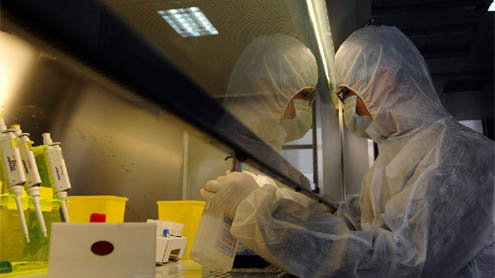 China has started research for the development of a vaccine for the H7N9 bird flu virus, a health official said on Monday.

However, complications in the development and manufacturing process mean it may take about six to eight months before the vaccine can be brought to market, said Liang Wannian, director of the H7N9 influenza prevention and control office under the National Health and Family Planning Commission (NHFPC).Liang said the decision to put the vaccine into production will depend on whether the virus can mutate to become human-to-human transmissible, reported Xinhua.

If it becomes evident that the virus is spreading among humans, the vaccine will be required, but it would be uneconomical to distribute the vaccine if such signs do not appear, Liang said.Liang said vaccination is not the only effective way to prevent the disease.”We are taking a series of measures to prevent and control infections. Infection monitoring efforts are under way in over 500 hospitals and 400 labs nationwide,” Liang said.

”We have confidence in keeping the disease under control,” he said.Deng Haihua, a senior official, said traditional Chinese medicine and treatment are also being considered in the efforts to deal with the disease.Feng Zijian, director of the emergency response center of the Chinese Center for Disease Control and Prevention, said authorities and medical workers are working on measures to identify and treat patients at an early stage to reduce the virus’s mortality. – KahleejNews